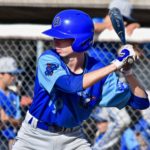 Excited about what they accomplished last year both in and outside of the Canadian Premier Baseball League, the Ontario Blue Jays are looking forward to much more of the same success they’ve found, and continued improvements as they enter the fourth year of the circuit.

Though the program didn’t get to participate in the post-season at several age groups last season – because of scheduling conflicts – it did finish atop the regular-season standings at the 17U level and near the top of the leaderboard at multiple other levels. As a result, the schedule has been altered for the upcoming year to ensure all teams are eligible to participate.

“Last season was great,” OBJ president and director of player development Sean Travers said. “It was unfortunate we didn’t get to play in the CPBL playoffs, which sucks but they’ve remedied that for this year. The season was good and the competition was good. It helped us prepare to go down to the States and have a good summer.”

The biggest success stories of the season last year for the Blue Jays were two tournament wins south of the border, bringing home championship victories from Houston and Louisiana.

The 2018 Marucci World Series was everything we hoped it would be and more!

Through the off-season so far, the OBJ organization has given its regular programming a new look and feel, through the use of an easy-access application, an additional way for players and users to track their progress and schedule through the winter months.

“The neat thing that we’ve started this off-season is we’re running everything through an app now,” Travers said. “So we are still doing everything we’ve done and we’re just kind of stepping it up with the use of an app. We’ve had a really good first phase of weight lifting and conditioning this winter, and practices have just started for the year.”

Looking ahead to sunnier days and warmer months, the program’s president is eager for each phase of the year, and most of all to getting things going on the field.

“The season goes in stages,” Travers said. “Right now I’m looking forward to our first practices, those are huge. Then once we get that going, we look forward to getting down to Vero Beach and having spring training for a week.

Beyond the start of the fourth CPBL season, and several trips across the border, Travers is also anticipating several exciting summer moments for his current and former players, and can’t wait to see how they unfold. 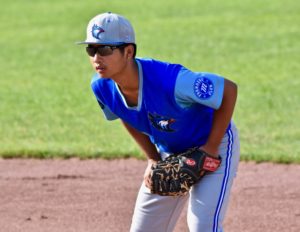 “It’s going to be a real interesting year in the draft, and from a former-players perspective, hopefully we’ll have a couple big leaguers this season,” Travers said. “So that stuff is pretty exciting. And every year is a different group, so every year is exciting because you get to work with new kids and see what they can do.”

With opportunities to continue their baseball careers while pursuing post-secondary education, the Ontario Blue Jays have added several commitments to the fold for the upcoming season. Lukas Barry is planning on heading to St. Louis University, Kyle Lev to Siena College, Jaden Brown to the University of Kentucky, Dasan Brown to Texas A&M University, David McCabe to the University of North Carolina at Charlotte, and TJ Schofield-Sam to Chipola Junior College. Caden Griffin has also committed to the University of Missouri for the 2020 season. 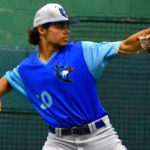 With the third Canadian Premier Baseball League season in the books, the calibre of competition continues to grow and accomplishments within the circuit continue to gain the utmost significance.

After a tight race for the top of the leaderboard at the newly-implemented 17U level in its inaugural year, the Ontario Blue Jays squad led by manager Mike Steed edged out the rest with a 19-7 season, just one game ahead of its closest opponent – and organizational counterpart, the Ontario Blue Jays 17U team led by Sean Travers – and is recognized as the regular-season champion of its division.

“Basically what led to our success was our starting pitching, led by Lukas Barry and Brandon Deans,” Steed said. “Those two guys anchored the staff for the whole year, and we had a bunch of guys who just pulled their weight.

“And with that, it just let our offence have the chance to relax a little bit, and hitters like Blake Buckle, Ashton Feijo, Arthur Kowara, and David Coleman, who travelled with us in the fall and are a little bit more mature, it allowed them to do their thing.”

That’s the ball game! @OntarioBlueJays 17U Steed win game one of the DH by a score of 7-2. @LBarry17 the winning pitcher! pic.twitter.com/jzp4ZMf57n

Among an array of impressive numbers from the squad across the board, the skipper of the Blue Jays believes the season was highlighted by some of the moments it had at the plate.

“They’re young, they’re physical, and the most impressive thing was what they did offensively,” Steed said. “As well as we pitched it, we put a lot of pressure on some of the teams and the games we won, we got out early, and in between, we had a good combination of speed and power. The kids utilized that to the best of their ability.”

Spending a busy summer back and forth between the CPBL and across the border at a number of tournaments, Steed was excited to see the competition in the league continue to grow and help his team get better along the way. Just beyond the OBJ Travers team, not far behind in the standings at 16-6, was the Great Lake Canadians 17U team, finishing the regular season with a 15-8-1 record.

“Overall, the competition was good,” he said. “We had great series against Great Lake, and all our games were good. They took us in the four-game series but in the midweek games, we took them from them, which was great. And then the Toronto Mets Blue was another good series.

“The league allowed us to do what we needed to do as a team. Obviously at this age, winning the leagues are great for teams and players, but they also needed to keep playing and keep working on some things and it allowed them to do that.”

Currently on the road in Baton Rouge, Louisiana, Steed’s squad has a busy schedule remaining before it wraps up for the summer and looks ahead to another year.

“We’re [at] the Marucci World Series, which we are affiliated with through the Founders Club,” Steed said. “We have opening ceremonies Wednesday, and then Thursday we start tournament play with some great competition. We open up with CBG out of California, and then the Dallas Tigers, and then we finish with the East Coast Sox out of Mississippi. So it’s going to be a very good test.”

Helping the Blue Jays prepare for that test was the successful season they had in the CPBL, and they can’t wait to see what more is in store for the future of the league.

“There are quality players through every organization,” Steed said. “Whether its’ a guy on the mound that we’re facing that day, or the middle of the order for most clubs, it’s a good test for our guys leading up to come down and playing some of the better, competitive teams in the States. It prepared us in a great way.”