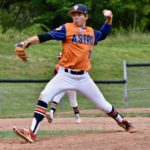 As we get closer to spring and approach the fourth season of the Canadian Premier Baseball League, the Ontario Astros are looking forward to what lay ahead for the circuit and for the program. 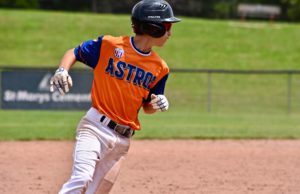 The Astros have been impressed and challenged by the competition the league has consistently brought to the table, and are excited for more of the same, as well as having a chance to build on the successes they found last year.

“The league is doing really well,” Team Ontario director of baseball operations Jason Booth said. “It’s starting to establish a history and we’re starting to see that we are the best league with college commitments in the province, and the CPBL houses the best players in the province – that’s been proven.

“As far as our program goes, there’s never an easy weekend in the league, it’s a tough schedule and quality competition across the board. Our program is moving in an upward swing. We had a five-year plan to make some changes and this will be Year 3 of that plan and we’re getting there. We’ll be competitive at all age groups, and we’re really excited for our 15U team this year. They were our 14U group last year and had a really good year so we’re looking for them to continue that success. And our college placement has been going very well.”

Through the duration of the 2018 season, the most memorable moment for Booth came at the circuit’s close, when the youngest of the organization’s teams made a solid run for a trophy. 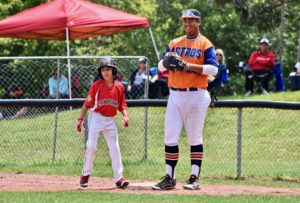 “Our 14U team last year – I’m proud of how they battled through the season and battled through some injuries and into the finals,” the director of baseball operations said. “They lost to the Great Lake Canadians in the championship. They did a good job and we think that team is even stronger this year. We are looking forward to seeing what they can do in 2019.”

Throughout the off-season months, the Astros have made some additions and changes to their programming and can’t wait to get out on the field for spring training ahead of the upcoming CPBL season.

“We’ve added a new weight program into our mix, we’ve changed some dynamics with how we’re doing our winter workouts, we have different positional methods, and we’ve had some US coaches and college guys come in and help us through the winter,” Booth said. “We’re taking 44 kids to Florida on March Break to West Palm Beach, which we’re excited about. We’ll have three teams there.”

And beyond the spring, Team Ontario is excited for what’s next in the CPBL, and for its graduating players.

“I like that the 18U playoff weekend has been moved up so those players get an opportunity to have a season and play, and then they get a chance to focus on school starting at the beginning of July,” Booth said. “For our 18U team, it’s a little different because it gives our guys an opportunity to go to the four US tournaments we go to.

“We’re looking forward to having our 2019 class together and playing their final season before they head off to school. Most of those guys have been in the program for three or four years now and it’s exciting to see them end their careers in a positive environment and help them move on.” 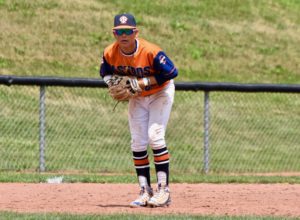 As the commitment dominoes continue to fall, the Astros are excited to see where a number of their players land, and they are also looking forward to seeing what their 18U captain Riley McErlean can do as he fulfills his commitment at the College of Wooster in Toledo.

“Wooster is the pre-season No. 1 Division-III program in the nation and he committed in November,” Booth said. “Riley going there is a big thing for us. He’s our team captain this year and he’s been with the program the longest. He’s a leader and really what Team O represents and a great opportunity for him, fitting his needs academically and athletically. And it’s still early, so we look forward to seeing where our other players commit.” 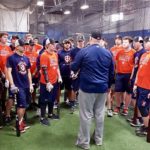 Ready to embrace the third season of the Canadian Premier Baseball League, the Team Ontario Astros are excited about the teams they’ve added to the program, the idea of playing baseball outside after a long winter, and an off-season that the organization believes will lead to success this year.

Through the first two years of the circuit, Team Ontario has enjoyed being a part of the CPBL because of the level of play it provides, the chances it gives its players – on and off the field – and the excitement it brings for baseball in Ontario.

“The CPBL is the best league in the province,” said Jason Booth, the Astros director of baseball operations. “It brings quality competition week in and week out. It provides a stage for our kids to be able to be showcased, and to have collegiate and professional opportunities. The league has created an identity for itself that sets a standard for those opportunities, and I can only see that continuing for as long as we keep the CPBL.”

Through the most recent off-season, the Astros made several changes and upgrades to the organization, and are looking forward to seeing how the changes translate on the field when the season begins.

“Our program is growing,” Booth said. “We’re now five teams from the 14U to 18U divisions, with one team at each level. We’ve Brough in some new coaches, and there have been some changes within The Dugout Baseball and Softball Academy, which is our facility. We’ve made some cage additions and training additions there, and the program works out there three days a week per team.

“As far as staff goes, we’re excited about the opportunity to bring in hitting coordinator Eric Owens, who played in the major leagues and is the former assistant hitting coach for the Toronto Blue Jays. We’ve done some things and are excited for the program and the direction we’re going in.”

The off-season alterations the Astros have made have helped to add excitement for the third CPBL season, and they can’t wait to see it all out on the field.

“We’ve been able to get stronger and more physical,” Booth said. “Our kids have been able to make changes to swings, and we’ve had a lot of highlights with some of the arms that we’ve brought in. We’re really excited about all of our teams, but I think a highlight for us will be our 18U and 16U teams, and our 14U team should be very different than it was a year ago. Our kids are older now, and they’re ready to come in and compete. We brought back a lot of 14U players, so they’ve had a year of experience in the league and we’re going to see some of those benefits.”

With the season set to begin, Team Ontario is looking forward to all of the benefits the CPBL has to offer, from the calibre of competition to the opportunities it can provide.

“We’ve all excited to get outside first of all,” Booth said. “But for the upcoming season for our program I’m excited to get our kids out and see how they’ve progressed over the winter. We’re excited to see our 2019 and 2020 classes, and to get them out and to see where they are as they go through the recruiting process. For us, it’s all about getting our kids to the next level of college baseball. There’s a lot of talent there.”