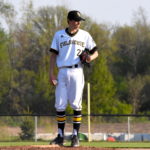 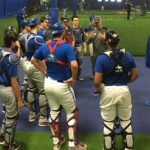 Excited about what they’ve already been able to accomplish in the first two years of the Canadian Premier Baseball League – with championships at three levels – the Ontario Blue Jays are looking forward to much more of the same success they’ve found, and are hoping to improve as they move into their third year with the loop.

“The CPBL has been everything that I expected it to be,” OBJ president and director of player development Sean Travers said. “The competition is good, and the playoff format has been cool, and it’s definitely provided everything that our program has been looking for.

“We have the best organizations in the province, and we go out and compete on the weekends. We’re trying to do a better job of showcases and stuff like that, and last year was tough just because of the weather, and we battled through that weather, but for us and our program, it’s getting us ready to go down and compete in the tournaments that we play in, in the States, and it does a really good job of that.”

During the most recent off-season, the Blue Jays made some changes to their staff and programming, and are excited about how they’ve already seen the differences pay dividends.

“We really took our strength and conditioning to another level this off-season,” Travers said. “We brought in a testing group to do some testing, and we got a new guy to do our programming, Ben Brewster. He’s out of Atlanta and he did the programming, and that seems to be going really well. We’ve had a good winter.

“With our pitching program, we’ve seen the velocities all go up, and overall, our scout day was really good. Guys came out and their metrics were a lot better than they were going into the wintertime, so it showed that we had a good winter in the weight room, and a good winter of training, and now we’re just ready to get out and use it all on the field.”

Travers believes the Blue Jays have a lot to look forward to in the upcoming months and can’t wait to get his players out on the field and see what happens as they move into the summer.

“Obviously we’re excited for Noah [Naylor, Canada’s top high school position player heading into the spring] and what’s going on with him and hopefully his draft status in June,” Travers said. “We’re excited that we have seven guys playing for Team Canada right now, and we’re exited for them to continue to improve and hopefully help Canada qualify for the next world championship.

With Naylor in the spotlight for several seasons already, Travers and the rest of the organization are proud and excited to share in the steps he’s taken so far and follow along as he takes his next steps.

“It’s been a long time, and probably the last four or five years have been kind of just waiting for this year,” Travers said of Naylor. “He’s always been a special player and a special kid, and nothing has changed. He works his butt off, he’s still a really humble and great kid, and it’s fun to watch him do all of these things.

“I’m sure he feels pressure, but to be able to go out there with a smile on his face and compete and just be Noah, he hasn’t changed. I’ve known him for 10 or 11 years and he hasn’t changed at all; he’s the same Noah as when we started. He’s always been super confident but also super humble, and the hardest worker in the building.”

With opportunities to continue their baseball careers while pursuing post-secondary education, the Ontario Blue Jays have12 committed to college for the 2018 season, with Jaden Brown committed to the University of Kentucky for the following year.