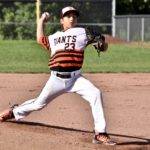 As the Tri-City Giants head into the fourth Canadian Premier Baseball League season, they are looking to build on a strong off-season and add some accolades to their resume throughout the upcoming year.

Competing at the 15U and 16U levels of the circuit this season, after matching up against the competition in the younger age groups in the past, the Giants are hoping to focus their efforts in the CPBL and make an impression in their divisions. 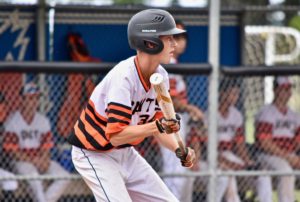 “Unless you walk away with that trophy at the end of the year, there is always a sense of disappointment,” Tri-City pitching coordinator and 15U manager Travis Kayler said. “But taking away the positives, we improved as the summer went on, stayed healthy, and we were able to set a benchmark for where we need to be heading into 2019.

“The entire CPBL is such a close group. Each year we see more and more parity, which continues to drive the competitive engine of our players. It’s a special experience for the guys in each division to share the field with so many passionate baseball people. There’s a real sense of growth for the game and commitment to the players in CPBL action that you just can’t find anywhere else.” 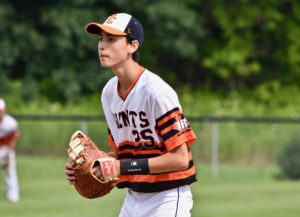 Even though last year’s experience in the league didn’t end with a championship trophy for the Giants, the organization racked up plenty of other accolades and was helped by the circuit to some of those accomplishments.

“CPBL play was able to prepare us to play in tournaments south of the border, where we saw great success,” Kayler said. “Each Giants team represented the organization extremely well in these tournaments, with our 14U team bringing back two gold medals. Despite a mid-season CPBL slump, we were able to dig ourselves out and rally to play some of our best baseball by the end of the summer, and it left our players hungrier for even more heading into the winter and 2019 season.

“The Giants were represented extremely well by Calvin Ziegler, who made the first Giants appearance at Tournament 12 and on the Canadian Junior National Team circuit, and that is just the beginning, as we continue to see true growth in the program.”

Throughout the off-season this year, the Giants have made some significant additions to their staff and changes to their program in the hopes of seeing improvements on the field during the upcoming year.

“This winter we have made huge changes to our off-season development program,” Kayler said. “We have worked for months with our staff to build out plans not only to prepare us for 2019 but for well beyond that as well. Our coaching staff has expanded this off-season to help build our knowledge and resource base for effective development. 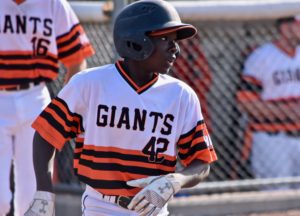 “Our new strength coach Scott Bisonette has been working tirelessly with all Giants to improve mobility, strength and awareness of the body as they continue to add size and ability to their growing frames. Players do sessions with him three times a week in addition to his player-specific programming for those taking it beyond the facility to school, home, or their local gyms.

“Zach Kaal and I have launched a new throwing program using Driveline Baseball resources with athletes to improve arm health and strength as we focus on the pitchers. Zach’s experience in the game and willingness to train alongside the players has been a huge motivator for players who are really pushing themselves to take the next step. We have a completely revamped hitting program as well. Mike Battochio has combined his years of experience playing for high-level coaches and programs with his months of endless training and research to be able to adapt to the ever-improving landscape of player development.”

With the additions and upgrades, Kayler and Tri-City are looking forward to seeing what their teams and players can do when they are finally able to get outside and put their hard work to the test.

“We have so many great players and coaches in the CPBL, I cannot wait to see the on-field product,” he said. “We all hide indoors at ball facilities throughout the winter so it’s always great seeing the results of all that training. Knowing in a few months we’ll be smelling freshly-cut grass, feeling the clay under our spikes and being able to compete is something we are all excited about.” 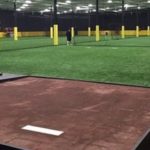 Being a part of the inaugural season of the Canadian Premier Baseball League last year, the Fieldhouse Pirates made the developmental strides they were looking for as their program moved forward.

“The games every weekend were extremely competitive,” said Jimmy Richardson, director of player development for the Pirates. “You see top-line arms Saturday and Sunday and when you play your midweek games; you don’t usually get to see that when you go to tournaments in the US.

“It was really good to push our guys and have them play against the best players in their own age group every weekend, rather than typically in the past just playing one or two competitive games a month and then playing some of the lesser-quality teams. It was great to push the development of our guys.”

To follow up the first year of the circuit, Fieldhouse decided to implement some changes in their off-season training regimen, knowing now what they will be facing at home throughout the summer months and building on that calibre of competition to take into tournaments elsewhere as well.

“We changed our winter training a little bit this year,” Richardson said. “We had more skill-based practices rather than team-based. All of our guys will work out in their primary positions for the most part, and we can really drill in and get down to work on some of the intricate skills that they need to showcase on the field during a game, that are going to take them to the next level.

“We’ve really drilled down with our pitchers this winter, added Driveline to our program, so our pitchers have been working hard every week. Guys are just getting back into throwing right now but we’ve been lifting heavy for the last two months since we got home from the fall trip, and now we’re kind of back full-on with baseball activity…We are going to start practicing outside hopefully in April. We don’t do any spring trips [down south] so our first games will probably be the opening weekend of the CPBL, during the pre-season tournament.”

The level of play that the CPBL produced in its first season not only improved the drive of the Pirates players on the field last year, but also provided motivation for many of them as they’ve continued their progression throughout the winter months.

“The big thing after going through the league schedule one time is the guys understanding that if you don’t show up to play every weekend, you’re going to get run over,” the program’s director of player development said. “That starts with your training in the winter time. You can’t just go through the motions October to April and hope to go out on the field and compete with the teams that we’re playing against because it’s not going to happen.

“So our guys have been a lot more hungry this year. We see them in here, and the competition level within our own training has increased because guys know that they have to bring it every day, and if they want to compete with the [Ontario Blue] Jays and Great Lake [Canadians] and the [Toronto] Mets, they’ve got to be ready to play every single time we step on the field.”

A number of the Pirates players have already solidified spots down south for the fall, where they can continue to play the game they love as they pursue post-secondary education, which is not only exciting for the program but also provides some relief to the players, who can now just go out and enjoy their final CPBL seasons.

“It’s really important for the guys,” Richardson said. “It takes a lot of the stress out of it for them, not having to go through the spring without knowing where they’re going, having the pressure to perform all the time, whether we’re going to tournaments or playing here, if college coaches are coming to watch them.

“Now they can just focus in on refining their skills and getting ready to play once they get to school in August, the pressure…is lifted off their shoulders a little bit. So the biggest benefit is for the players, they’re the ones who put the work in, and they earned it. It’s good for them to have the results and get it sealed up early and now they can just focus on getting better.”

Securing spots for when the CPBL season comes to an end, the Pirates are sending Austin Skellhorn to Galveston College in Texas, Ryan Cuthbert to Iowa Lakes Community College, Harris Voyatzis and Caleb Feurstake to Mineral Area College in Park Hills, Missouri, Dante Federico and Jordan Stamp to Labette Community College in Parsons, Kansas, and Riley Perks to Crowder College in Neosho, Missouri.