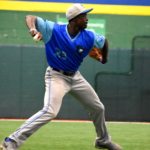 The Canadian Junior National Team is just about set to depart for its third trip of the season, and final tour before Major League Baseball’s draft begins on June 4, and among the 30 young players invited to match up against Dominican Summer League prospects are 14 who hail from Ontario, and 11 members of Canadian Premier Baseball League teams. 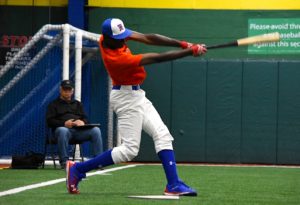 Among those 11 CPBL players, four represented Team Canada at the World Baseball Softball Confederation’s U18 Baseball World Cup last September right at home in Thunder Bay, with Noah Naylor representing the Ontario Blue Jays, Eric Cerantola and Griffin Hassall hailing from the Great Lake Canadians program, and Denzel Clarke from the Toronto Mets organization. Fellow league members Dasan Brown, Jaden Brown, Blake Buckle, Daniel Carinci, Owen Diodati, Keegan Pulford-Thorpe and TJ Schofield-Sam will join the quartet in the Dominican, and all 11 players are following up a spring trip with the Canadian squad to Florida in April. 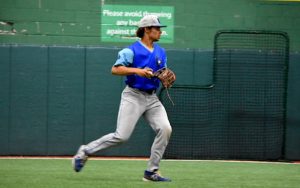 The Junior National Team program has travelled to the Caribbean baseball hotbed every year since 2011, with the trip providing young Canadian players with a truly unique baseball opportunity.

“The Dominican Summer League camp is a very important component to our Junior National Team program that will provide an invaluable experience to our players,” Hamilton said. “Players will be challenged with an intense schedule, while also dealing with elements in the Dominican Republic that they don’t face at home. The strides taken at this camp will better prepare our team for success going forward.”

In addition to providing an excellent development opportunity for players, the Dominican Summer League camp will aid in the selection process of Canada’s roster for the COPABE U18 Pan Am championships that will take place from November 23 to December 2 in Panama City, Panama. The event also serves as a qualifier for the 2019 WBSC U18 Baseball World Cup.