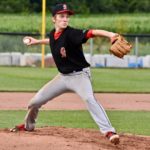 Ahead of the fourth season of the Canadian Premier Baseball League, the Ontario Nationals are excited about what they have been able to accomplish in the circuit so far and are looking forward to striving for more.

After coming close to bringing home a trophy last year, the organization is hoping to build off of its successes and rack up the accolades over the course of this season. 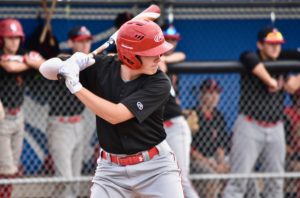 “Last season was a step in the right direction,” Nationals director of baseball operations Jeremy Jayaweera said. “We had two teams play into the last day of the CPBL championships, with one of those teams being just one pitch away from clinching a championship. Our 18U team has a lot of returning players in their last year before heading to school, so being in their second year and knowing what to expect, I know this team will turn some heads.

Congrats to the 16u team on a spectacular season. They came up short in the @CPBLeague final. Finishing second in the league, we are all so proud of you guys. Congrats to the 16u Mets orange team on their win. Great weekend all around. #nats #cpbl pic.twitter.com/1Mf0j8mNHG

“For our 15U and 16U squads, they are coming off strong seasons and are looking to take the next step. At our youngest level, 14U, we basically brought in a new crop of players – total athletes we know will be ready to compete day in and day out. The competition in this league is second to none and we will be ready come May.”

For the Nats, last year was highlighted by the improvements experienced at multiple levels, and the organization hopes that is a trend that will continue.

“Some notable moments from last year include out 15U and 16U teams playing on Sundays at huge events in the USA,” Jayaweera said. “Our 16U team fell short in two championship games against top teams in extras. Our 15U team really showed pride, and the development from year to year was amazing.

“When our 15U group was at the 14U level, they won three games; last year, they won over 20. They have something to prove this year and you can already see it in their off-season mentality. Watching our players grow from year to year is a feeling you cannot describe. The most impressive part is that from 14U to 18U, none of our players are satisfied – there is always more to give.”

With the winter well underway, the Nationals have made some off-season additions and changes to their regular programming and are looking forward to seeing the results when they are able to get out on the field. 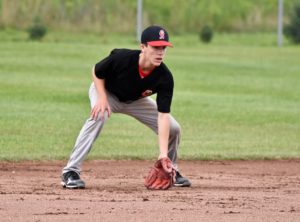 “Our off-season started with weight training in October,” Jayaweera said. “We put them through vigorous training, which still continues. We have always been a great hitting organization from top to bottom – nothing changes there.

“The fielding and throwing programs are our main two focuses this off-season. With that, we have incorporated a Driveline program for our players to follow. It is still early but with consistent effort and training we believe we will take the next step this spring. We have also brought in a strength and pitching instructor Kurtis Robinson to help with our teams.”

Phase two of the off-season began today. Testing #2 complete and the in house competition was amazing. Good support from our teammates as well. Moving head on toward the @CPBLeague season. pic.twitter.com/dAtjJrylhd

Heading into the season and gearing up for CPBL play, the Nationals are excited to look forward to a new pre-season event and mix up their typical spring training routine for the year.

“We have also entered our 15U to 18U teams in the [Prep Baseball Report] Canada spring training showcase in Florida,” the program’s director of baseball operations said. “Having gone to play at Dodgertown for the previous three years, when we were invited to this event, we could not say no. With the exposure, practices, games, and a scout day, these players will have every opportunity to better themselves. 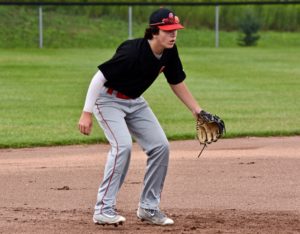 “After Florida, we will come back for a few weeks and gear up for the season. With some of the athletes we recruited and different programs we put in place this off-season, we can feel a different spark within the organization, which we hope continues into CPBL play.”

Beyond the season and with an eye on the future, the Nationals have right-hander Andrew Hazell heading to Mars Hill University, along with several alumni members of the organization making moves and changes for the fall. 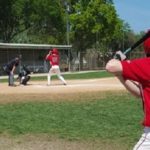 It’s almost time for the regular season to begin, and the Ontario Nationals are more ready than they ever have been before.

Preparing for the inaugural Canadian Premier Baseball League season – where the Nationals programs will match up against teams from the Fieldhouse Pirates, Toronto Mets, Ontario Blue Jays, Great Lake Canadians, Ontario Nationals and Team Ontario – the Nats took all three of their squads to Dodgertown in Vero Beach, Florida, to get outside for the first time this year and face some tough competition.

The trio of squads was split into just two for the week, with Ontario’s second 16-and-under team dividing players onto either the other squad at the same age level, or sending them to the 18-and-under team. Over the duration of the Nationals visit to the sunshine state, the older group went 2-6 with their younger counterparts going 7-3.

They squared off against multiple American high schools, a team from west Toronto, the Etobicoke Rangers, Ottawa Knights, and multiple squads from the Ontario Blue Jays program, getting an early glance at their upcoming CPBL competition.

“We’re really looking forward to playing in the CPBL,” Nationals coach Jeremy Jayaweera said. “Our teams saw the Ontario Blue Jays down there, but to play here on an actual schedule and to know what they’re up against is going to be much better.

“The league has the top teams in the province, and the top players. And to be able to go every weekend and play those top teams and players, you know you can’t take a day or an inning off, and it will really help all of our teams.

“And it will be easier for our players now. Most of the younger guys haven’t played in a league like this before. Florida opened their eyes, but they’re ready now. The pre-season kickoff tournament [April 22 to 24] will give us even more looks and help them become even more ready.”

Jayaweera was happy with the calibre of competition his program’s teams faced throughout their time in Dodgertown, noting that while some of their pitchers struggled to find the strike zone, it helped them shake off the rust of the winter and prepare for the next step in the season.

For the 18-and-under squad, right-hander Daniel Weagle (Brantford) stood out among his peers with three impressive outings for the Nats, getting both of the team’s wins. His teammate and utility player Andy Leader (Kitchener) – committed to Colby Community College in Kansas – led the charge offensively as an outfielder, notching hits in more than half of his at-bats on the tour.

Third baseman Jaxon Valcke, a St. Marys native committed to the University of British Columbia, was also productive for his squad, and outfielder Riley Perks (Waterdown) hit a couple of balls out of the park during the trip. Outfielder Rhys Cornell (Sheffield) added a home run of his own, while Colton Fountain (Stratford) provided stability both behind and at the dish. Infielder Johnny Guinta (Milton) improved throughout the week and really impressed by the end.

Ontario’s 16-and-under team notched three of its seven victories in extra innings, playing in some tight affairs and beating its CPBL opponents in the Ontario Blue Jays two of three times they squared off. Right-handed hurlers Jacob Kush (Ottawa) and Owen Mitchell (Kitchener) looked ready for the year during their first time outside, impressing on the mound.

Offensively, the Nationals were led by centre fielder Ethan Baptie of Kitchener, with Woodstock catcher Jacob VanBoekel adding four triples through the week, and outfielder Tate Taylor (Cambridge) providing stability in the lineup and hitting for power during the entire trip.

“The trip was awesome,” Jayaweera said. “After being indoors for so long, they were eager to get outside, and on the way there, they stopped and had a couple of workouts. They were shaky, but to see the ball coming off the bats live and read the ball and be on the field, our defensive workouts helped a lot.

“For the pitchers to see hitters and get their feet wet was great. We didn’t push guys, for the most part each pitcher got three outings and had a chance to work on his pitches. It was very helpful to the coaching staff, giving us an idea of what to improve on.

“We stressed having quality at-bats to the hitters, and they weren’t seeing the ball well at the beginning of the tri. We found out what they needed to work on at home for the couple of weeks between the trip and the CPBL season.”