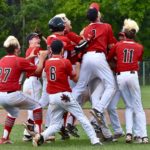 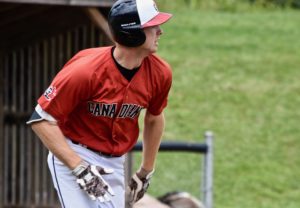 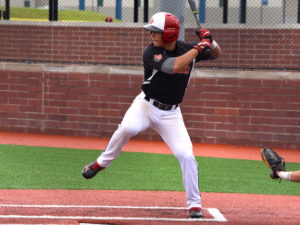 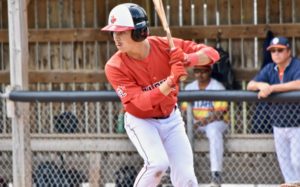 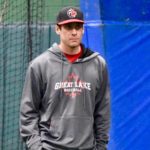 LONDON, Ontario – As the season approaches and each of the Great Lake Canadians players and teams continue to grow stronger, the organization’s coaching staff has also done the same.

Bringing another exciting and experienced local player to the fold, the Canadians welcome the addition of Jon Fitzsimmons as a roving pitching instructor to the program. The 26-year-old right-hander not only grew up in London and knows the local landscape of the game, but he brings his experiences from Division-I baseball, playing in the minor leagues with three different organizations as well as in the Can Am League, and winning multiple championships along the way.

“When you can add someone of Jon’s calibre who has played the game at the level he’s played, it’s a great addition to the stable of coaches that we have,” GLC director of baseball operations Chris Robinson said. “We’re excited to have him, and being around him for the last couple of years in the off-season and watching him work, it’s great to bring on a guy who we know works the way he does. Obviously he was committed to his playing career, and now to coaching, and it’s going to be exciting to have him around and really have him sink his teeth into this.”

Fitzsimmons spent three years at Canisius College – one alongside fellow GLC staffer Shane Davis – setting numerous records in the Metro Atlantic Athletic Conference, winning the program’s first MAAC championship, and growing as a hurler, before signing as a free agent with the Royals after his junior year. From there, he played up to Double-A, with a career ERA of 3.87 over more than 160 innings, before heading to the coaching side of the game.

“With Jon’s familiarity with us and what we’re trying to accomplish as a program at the amateur level, he has a lot to add,” GLC pitching coordinator Adam Arnold said. “He provides a lot of experience, and for a guy who’s been able to go through it firsthand, it’s a bonus for us…Jon brings a passion and work ethic that stand out, and he understands what it means to be a Canadian baseball player from your local centre. To be a part of it, and to pass on the knowledge and the experiences he went through, that’s pretty special on it’s own.”

Many of the Great Lake staff members had their first experience with Fitzsimmons as he was trying to forge his way further into the game, and are excited to work with him on the other side of things going forward.

“The chance to bring on Jon Fitzsimmons was a great opportunity for not only the organization, but it’s a great fit for everybody,” GLC director of player development Adam Stern said. “He’s going to be focusing on the 16U to 18U level with the pitchers, and he’s a guy who has come full circle.

“The first year we opened up Centrefield, Fitzy was one of the first guys who came in and was in pitching classes, so having him come on board is a great example of what we have here. The kids in the system now can look to that. He’s been through it and had a great career to date, being able to go to college at a four-year school, have a great career and go off into professional baseball and get to Double-A, that’s a huge accomplishment. Bringing him on board is a huge win for the program.”

Learning from a number of the coaches he will now work alongside, the right-hander looked up to them, and couldn’t be more elated to be a part of what they’re doing now.

“It’s really exciting for me to join them, because these are guys that I’ve looked up to growing up,” Fitzsimmons said. “They’re the guys who actually taught me a lot about the game. They were teaching me when I grew up, and a lot of us always aspired to do what they were doing. So to be able to contribute to a program like this, with such a high calibre of coaching staff, with guys who have played at such a high level and have such high-level knowledge, it’s humbling for me to be able to join them.”

Happy to be back at home in London, Fitzsimmons is looking forward to contributing to the game and its development in the area where he first experienced it.

“Growing up here and playing baseball here, it’s really nice to finally be able to give back to the community here,” Fitzsimmons said. “We’ve had such a long history of baseball players coming out of London, who have played at a very high level, and it’s nice to be able to hopefully continue that process and be a part of it…

“Staying around the game of baseball is exciting for me. And knowing that when I was younger, a lot of coaches I had were really inspiring and made me enjoy the game a lot more than maybe I would have with someone who wasn’t as knowledgable or as excited to be there, I want to try to provide that experience for some of the kids here.”

Bringing in another successful and high-level player from the area to add to an already impressive coaching staff is something that the Canadians take pride in, and are excited to offer to the players within the program.

“This is our bread and butter,” Stern said. “We really put a lot of pride into the guys we have coaching in this program. It adds to the credibility and shows that the guys here really do want to give back to the game. Adding another piece like Jon is great for the development of players. He’s another example for these kids to look in the mirror and see the products that do come from not only London, but all over southwestern Ontario. A separator for our program is the guys we have involved.”

The addition of Fitzsimmons is representative of what has already been built by the Great Lake staff, and what more is to come for the elite amateur program.

“Having Jon join our staff, being from London and with the experience he brings, is a product of what has been built here, both on the Centrefield side and then on the Great Lake side,” Robinson said. “The amateur baseball world is difficult to navigate for players and families, with so much out there in camps, showcases, recruiting services, and all of the other options available through email, social media, and everywhere you look.

“Our philosophy has always been to create an environment where kids can come to get better at playing baseball. No gimmicks, no shortcuts – it’s about surrounding our players with a staff that will help them get to the next level. The most important thing in amateur baseball is preparing for the next level, and the addition of Jon is another tremendous resource for our players to use. He’s someone who has been where they want to go, and has gone through the process they’re in the midst of.”