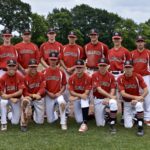 The Canadian Premier Baseball League season has officially come to an end, and as the regular-season champions are crowned for their accomplishments throughout the year, the Great Lake Canadians 15U Black squad is among those recognized, topping its division’s leaderboard with an 18-4 season.

The regular-season champion team is among the best that 15U Black skipper Shane Davis has managed in the Great Lake organization, making the successful season even more enjoyable than it already was. 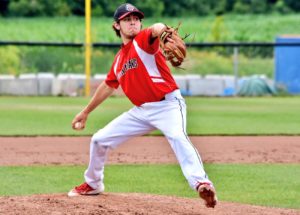 “We have guys who throw a lot of strikes on the mound, compete pretty well, and they’re aggressive in the strike zone,” Davis said. “And then our defence is pretty solid. Last year, the team we had really struggled defensively early in the season, and got better as the season went on.

“This team, basically right from the get-go was really solid defensively. This is the best outfield we’ve ever had, by far. Basically any ball that is hit to the outfield, you can just close your eyes and you know that it’s going to be caught. So it gives the pitchers a lot of confidence to be able to throw strikes and not worry about how hard the other team hits the ball.”

Among the squad’s strengths, Davis was most impressed with the camaraderie it built along the way, and the confidence it had in its ability on the field day in and day out. 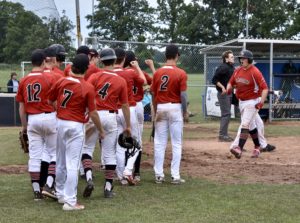 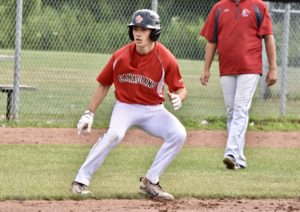 Finishing first in the standings among a total of eight teams in the 15U division, with the GLC 15U Red squad just behind them, and the Tri-City Giants team finishing in third place on the leaderboard, the Black team will look to take its successes and continue them into the post-season.

“When we show up and decide we want to win, it pretty much happens,” Davis said. “This is probably the best overall team we’ve had, as far as defence, pitching and hitting. If everything takes care of itself, there are not too many teams that can compete with us day after day. We obviously will lose the odd game here and there, but when we decide we want to win, we can, and it’s a pretty impressive group that way.”