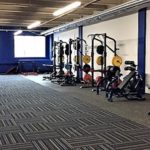 Excited at what the Canadian Premier Baseball League offered in its first year, the Toronto Mets are looking ahead to a season filled with even higher expectations, additions, and improvements to the already-successful program.

“It was definitely a great move for us,” Mets vice president of baseball operations Ryan McBride said of the joining the CPBL. “We were really happy with the league and certainly the quality of teams that are in our league. It made a big difference for not only us, but other teams in the league in our US tournaments.

“To be able to play strong competition every weekend made a huge difference for our players. When you make a change like that, parents have to be shown that it’s a good idea, and that was certainly proven as the course of the season went on. It was an excellent move for us.”

To follow up the positive changes the Toronto program saw throughout the inaugural season, the Mets continued to make progressions during the winter months, starting with upgrades and an expansion to Out of the Park Sports, the building they work out of.

“We added another 3,000 square feet to our facility,” McBride said. “That area is being utilized as more batting cages and mounds for our Mets players to give them more of an opportunity to get in, not only on their own but doing supervised stuff as well, just having more opportunity for them to train and get better.

“Because of that, we ended up moving our weight room upstairs, with brand new flooring and new equipment, so that’s made a big difference for us as well…it’s been good for us to expand. With the expansion and the new weight room, we’re up to almost 20,000 square feet in our facility and filling it up to have everything under one roof.”

The Mets continued their off-season program additions beyond the facility by bringing more teams into the fold for the second year of the CPBL.

“We added two new 15U teams this year that will play in the CPBL, so now we’re up to six teams,” Toronto’s VP of baseball operations said. “They’re getting into the full swing of their off-season training now, after the fall season ended around the end of October until the Christmas break. It was primarily strength and conditioning training that they did for those seven weeks, with some one-on-one baseball instruction but nothing too structured.

“Now we’re back up in full swing and position players are getting their work in, and all the pitchers are training under John Mariotti’s program, which we’re excited to see the benefits of. He’s our pitching coordinator, and his off-season program has been going in earnest since mid-November and is in full swing now as well.”

As spring approaches, the Mets have also made an off-the-field change, adding an exciting evening event at the Fontana Primavera Event Centre in Vaughan that will feature some high-profile guests, a five-course dinner, open bar, live entertainment, and silent auction, taking place on February 24.

“It’s our first-ever fundraiser, we’re calling it our MetBall Gala,” McBride said. “Events like this help us to keep our registration costs as low as we can, and it’s going to be an exciting event. [Hall of Fame second baseman Roberto] Alomar is going to be there, it’s going to be hosted by [TSN anchor] Rod Black, and [Baseball Canada’s national teams director] Greg Hamilton is going to be in attendance that night. It’s the first time we’ve ever done it and it’s got a lot of people excited to attend, and it’s something we’ll look to build on each and every year.”

Heading into the second CPBL season, McBride is eager to see what the future holds for the league as it builds on the success of the first year.

Beyond the upcoming CPBL season, the Mets have a number of players moving forward with college scholarship opportunities. Their accomplishments are something that McBride and his staff take a huge amount of pride in, and they can’t wait to keep following their players as they further their careers in the game.

“That’s the most rewarding thing,” McBride said. “That’s what we’re all here for. The greatest thing is seeing your guys go off and be successful at the next level, and then maybe having a chance to take your team down there and play against them as a part of a fall tour. Those times are great.

“Having them back in the facility over the Christmas break and seeing them work with some of the current players is probably the most rewarding thing in doing something like this. I know all of our coaches share in that and enjoy that. We’ve been fortunate with the Mets to have really quality athletes and people, and they’ve been very successful, finding scholarship opportunities or turning them into pro careers. We certainly expect more of it in the future, and have it continue to grow each and every year.”