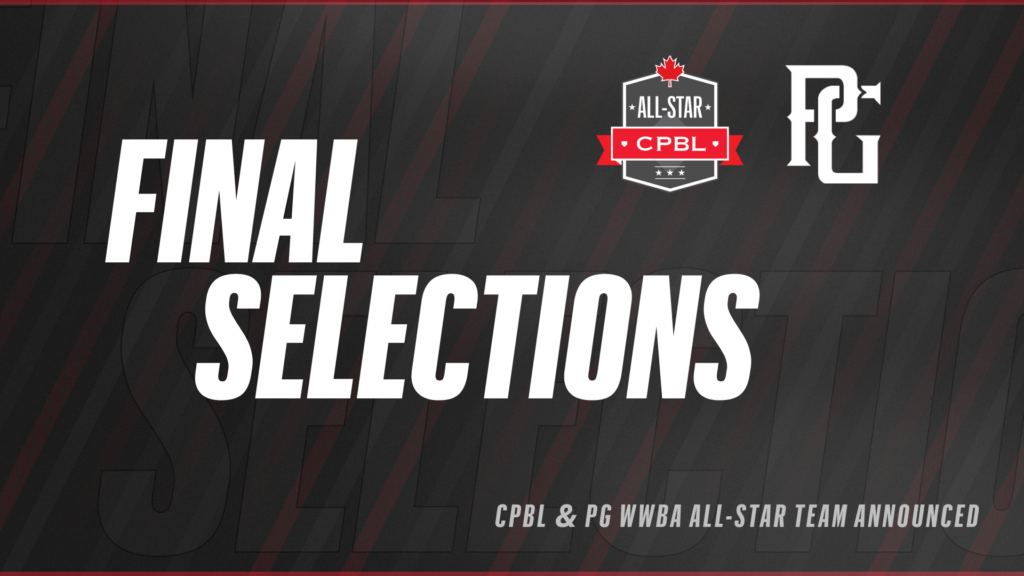 The CPBL team that will compete in Perfect Game’s World Wood Bat Association from October 6th-10th in Jupiter, Florida, has been finalized. The team will play under the name, ‘Canadian Premier’. The roster was formed following an extensive process which began in May during the All-Star Tryouts. Those tryouts established the teams for the All-Star Showcase, which acted as the final stage in determining the roster for this prestigious event. The roster was formed by Perfect Game evaluators in collaboration with the Canadian Premier coaching staff and professional scouts.

The inaugural roster presents a strong grouping of players that expect to compete in their first year in the WWBA. General Manager, Jamie Romak stated, “on behalf of the CPBL, we couldn’t be more proud of the group assembled to represent our league. The depth of talent in the province has created a buzz that we hope will carry forward into Jupiter and beyond. Sincere thank you to the staff of Perfect Game whose tremendous efforts brought this team to fruition.”

Below is the coaching staff and roster for the Canadian Premier team.