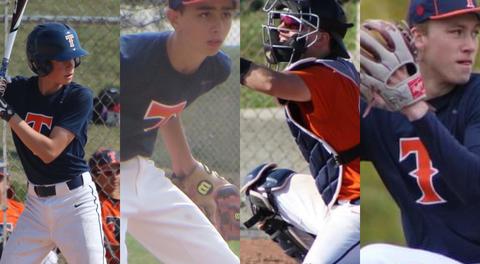 The newly formed Titans Baseball Club, an expansion team for 2021, enter their third year as an organization excited for what the future holds.

They’ve now doubled their number of teams, expanding from two to four, and as a result, have significantly added to their coaching staff as well.

In 2020, with limited time on the field, one of the highlights took place outside the white lines, as the Titans hosted their first-ever golf tournament.

Director of Player Development and Baseball Operations Lawrence Vera called the event a “highly-successful First Annual Titans Golf Tournament at National Pines GC in Barrie.” Involving “100 golfers and 15 community volunteers in October who all adhered to ClubLink’s COVID-19 restrictions to keep our group safe on the links and in the clubhouse.”

Great way to end the Fall ball season. Went 5-6 on the weekend with 2 2B. @_Titans_BC @PBR_Ontario pic.twitter.com/aSoCzaI8cj

During gameplay in the 2020 year, Vera spoke well of his club’s performance, stating, “we are pleased with the quality of our student-athletes and how well each team played during our fall ball schedule. Our 15U team fared very well on the field versus a combination of CPBL and FJSL competition. Our 16U team consolidated its roster and coaching staff to create a winning atmosphere on and off the field. Our 17U team is our strongest and most talented team that performed very well as it closed it’s FJSL Bubble season impressively and played very competitive baseball throughout the fall,” he said.

“17U players distinguished themselves at the end of the fall ball season in the Coaches-Players Game, turning outstanding double players, pitching effectively, and running the basepaths aggressively.”

Meanwhile, the 18u club also showed well. “The 18U Titans team got better and better as the fall season progressed as the coaching staff saw remarkable development on a virtually brand new roster of imported players. The 18U’s took 3 of 4 in their last full weekend of doubleheader days to take positive momentum into the offseason,” said Vera.

Getting ready for the final game of the the @CPBLeague Showcase game. pic.twitter.com/i2Bmb13WHG

A member of the club’s 18u team, Eric Rutherford, was an attendee of the CPBL’s inaugural All-Star Showcase and represented the organization well. Vera said, “we were really excited to be able to send Titans players to the first CPBL All-Star Game. Eric is a 6.6 middle infielder that we were excited to watch versus the best of the best that weekend. Eric had some good battles at the plate and represented the Titans with pride,”

Coming off of a solid fall, the Titans expect to compete in a strong CPBL; ‘looking at the program as a whole, we are really excited about the talent we have. While we know the CPBL will be tough competition, I believe we have the right coaches in place to get our players prepared for league competition,” said Vera.

17u Associate Head Coach Dennis Bailey expressed his admiration for the athletes in the organization as well. “This player group is something special and I am excited to get to work with each and every player and develop them into young adults and players. The future is bright north of the 401.”

With many exciting developments taking place in the organization, the Titans are thrilled to start their journey in the Canadian Premier Baseball League come May.