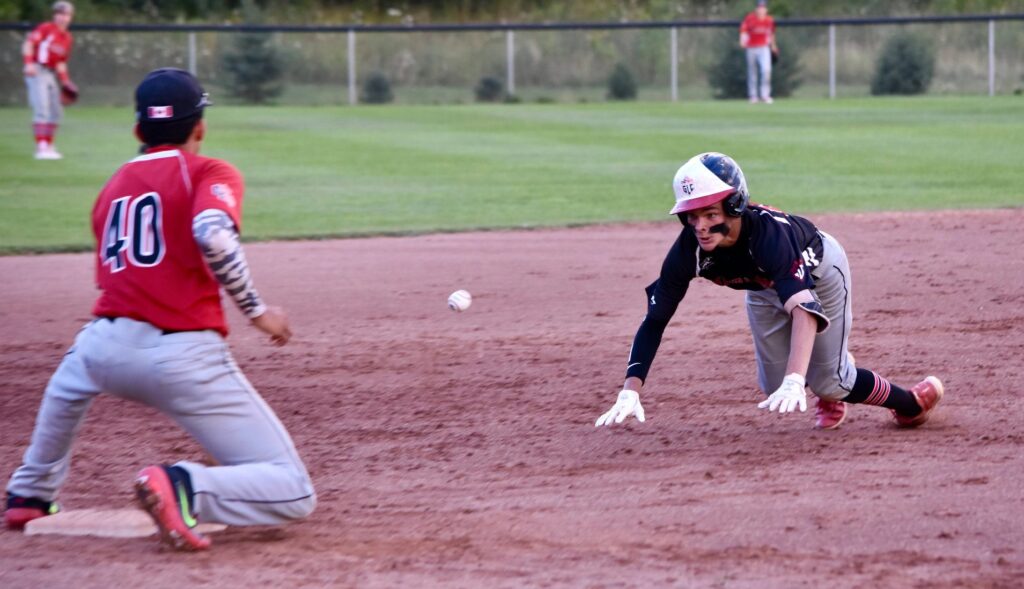 Coming off of their fifth season in the Canadian Premier Baseball League, the Great Lake Canadians have had continued success in developing and producing talent as well as winning on the field. It was a shortened season for the organizations in the CPBL, however, GLC capitalized on all the time spent on the diamond in Dorchester.

The ability to get field time in May was enormous for the Canadians, allowing for continued development. “Thanks to our partnership with Thames Centre, we were allowed out on the field in the middle of May, which all things considered was a huge win,” GLC Director of Baseball Operations Chris Robinson said. The benefit of that development time was evident once July rolled around and games were played, as GLC performed well.

Week 4 of outdoor practice and Day 1 of live ABs. What a beautiful day to keep developing our players and mixing in some 1on1 competition ☀️ 🔥 pic.twitter.com/NS0g97dAnj

Due to the impact of COVID, GLC’s upcoming 18u team will be made up of more post-grads than usual, making for a very talented roster. “This will be the first year we have a significant amount of post grad players on the 18u club. With that, we do have high expectations as it is one of the deeper groups of players we have ever had,” Robinson said.

However, the organization’s talent isn’t subject to just the 18u team, with quality groups at each level throughout the system, with the youngest club, the 14U group, impressing in limited games this fall. “The fall always gives us a small sample size with our 14U groups, and this year we were excited to see the athleticism of this group. Many of the newcomers weren’t able to play a lot of baseball this year due to COVID, so we are excited to really get to work this off-season and introduce these players to the GLC way,” Robinson said.

“We always have lofty expectations for all of our teams top to bottom, but our main goal remains the same; player development. We have been able to sustain this model since our inception and fortunately, because of the players and their hard work, we have had a lot of success in terms of winning games and CPBL Championships,” he said.

2020 was a year to forget for most of us, but here are some of the highlights from our players and staff.

Thanks for your support in such an unusual year! pic.twitter.com/GV8f078AID

This model has led to a pipeline of talent which has made for an impressive alumni group, led by recent draft picks, who have found success in college and the pros, such as Owen Diodati (Blue Jays), Noah Myers (Blue Jays), Michael Brettell (Cardinals), Eric Cerantola (Rays) and Adam Hall (Orioles).

“One of the blessings in disguise in the COVID season we just finished up was that we were able to infiltrate our alumni into our everyday group work throughout the spring and summer,” Robinson said. “Having players from all different levels of college and professional baseball working directly with our current players was a source of pride for us here on staff. We have been very fortunate to watch so many great players come through this program, but as importantly, they are all great people.”

With a player development focus, GLC has produced tons of talent, and the current crop of players look to follow suit with similar success. The shortened 2020 season brought on a lot of positives despite the negative situation, and heading into 2021, the Canadians look to continue their winning ways in the box score, and most importantly from a development standpoint.