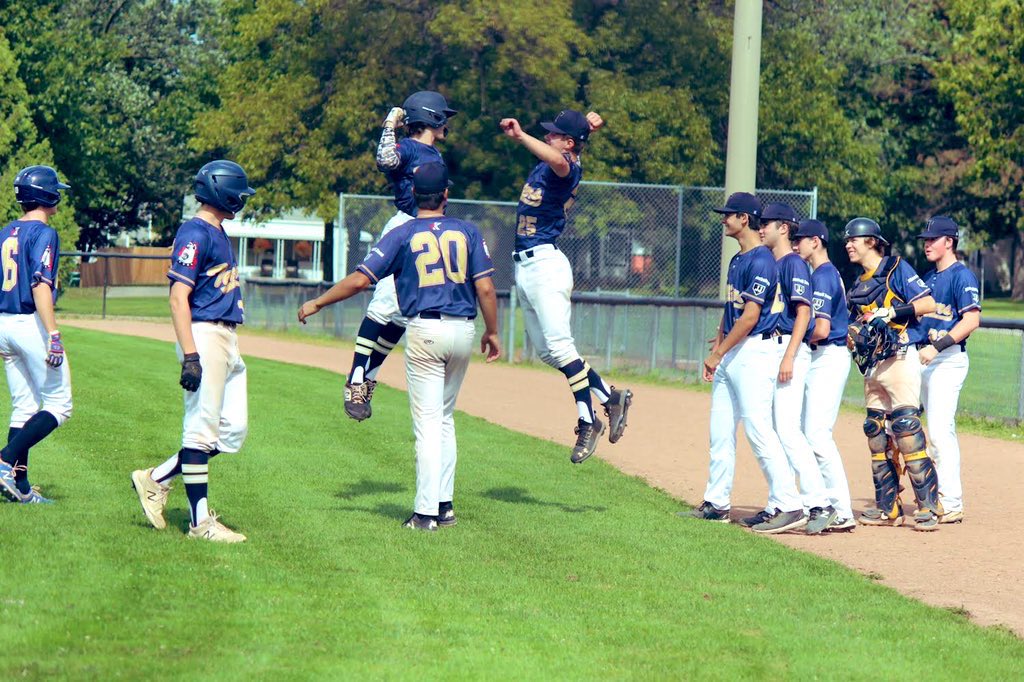 The Terriers, an expansion team prior to the 2021 season, head into the off-season with many positive takeaways from their first year in the league.

The Terriers’ three teams during the ’21 campaign went a combined 51-34, with the 16u club winning the championship, and the 15u team finishing as a finalist in the playoffs.

The 15u and 16u groups were strong all-around, with outfielder Lucas Alberti from the 16’s, and left-handed pitcher Luca Alagheband from the 15’s earning spots on the CPBL All-Star Showcase roster. Meanwhile, 17u members, catcher Hugh Pinkney, outfielder Cameron Chee-Aloy, left-hander Jordan Woods and outfielder Keegan O’Hearn also represented the organization at the showcase.

Congratulations to three @TerrierTeams players who have been invited to the Junior National Team Fall Instructional Camp next week.

The Terriers family is proud and best of luck in camp. ⚾️https://t.co/TmePvFoNsX

Schedule & College Placement Coordinator Joe Iannuzzi looks forward to ramping baseball activities back up after a strong ’21 season. “We can’t wait to get all the players humming with our usual winter program of baseball skills and strength training – both aided by the latest advancements in the science of our sport,” he stated.

“We are pleased with how our teams fared with our 16u group winning the gold division while our 15u’s lost a semi-final gold cliff hanger and our senior team won the silver playoffs.”

The Terriers have a handful of players already committed to schools. Bryce Burgess-Whiting is committed to LaGrange College, Max Lanoue to Stony Brook, Joshua Cote and O’Hearn to Northeastern JC, Chee-Aloy to Illinois, Woods to East Tennessee State and Pinkney to Rutgers.

Looking ahead to 2022, Iannuzzi is excited about the groups they’ve put together, stating, “We are excited by all our team’s prospects for the 2022 season.”

“Of course it all begins with the newest members being the 15u cohort. Being coached, recruited and mentored by one of the greats in Rick Johnston, it looks to be another exciting year for that squad.”

“But I feel confident in the players and coaches across all our teams. All our coaches are completely committed to “The Terrier Way” of developing young athletes which means they will compete in a way to make their organization, themselves and their families proud. We really feel that we do a great job getting them ready for what’s next in baseball and life.”

“Regarding our senior players, we all know, the last couple of seasons for players both here and at post secondary institutions south of the border, these have been unusual times for high achieving ball players of all ages. Academic learning has been challenging and these young men should be congratulated on sticking with their studies and continuing to try their best to be good friends with their peers in a difficult social environment. Having said that, our senior players worked hard at both of those aspects of their lives while continuing to keep baseball training a top priority throughout the pandemic.”

The Terriers look forward to a regular CPBL season and a full tournament schedule in the US, with an extended eastern college tour for their senior players planned in the fall for the upcoming year.

Congratulations to the 5 @TerrierTeams players who made the @CPBLeague All Star Showcase. Rosters and the additional player who made the reserve squad. https://t.co/Peo5m8XrsJ

The Terriers’ facility, The Baseball Zone, is well equipped with equipment and technology as the Terriers prepare for the season ahead, which kicks off with a spring trip to Florida.

“This winter will see the boys of all ages make great strides in their development with our usual intense indoor baseball training and SST strength work at The Zone. With the addition of rigorous Sport Science, utilizing tools such as 3D Motion Capture testing and the likes of Rapsodo and HitTrax, these players are going to be in top shape when it comes time to kick things off when they travel down to Florida in March,” stated Iannuzzi.