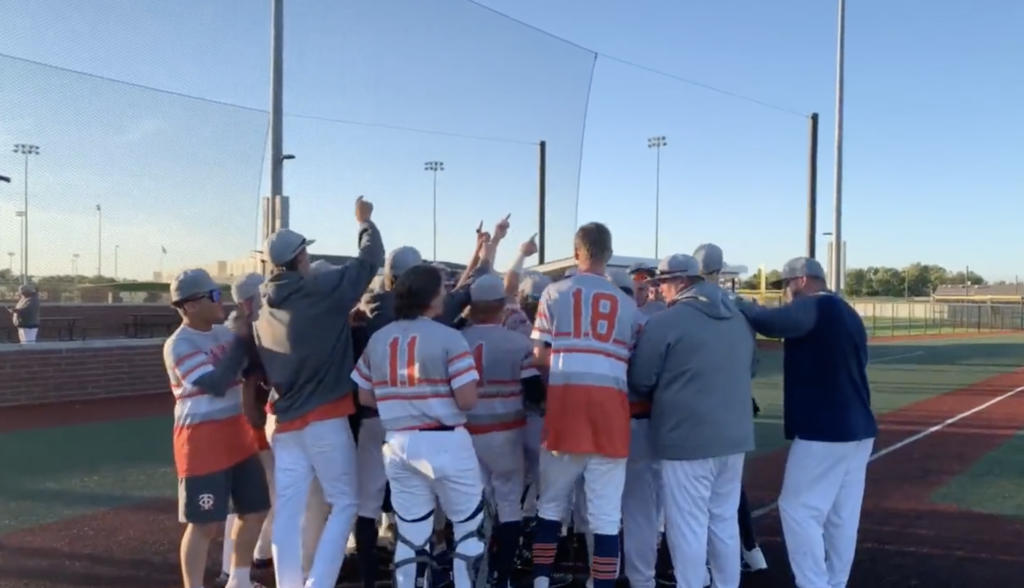 The Team Ontario Astros enter the 2022 year, coming off a season in which they finished in the final four at three different age levels.

The Astros, as a whole, won 79 games during the season, and performed well in postseason play. Director of Baseball Operations, Jason Booth, stated, “it was nice to get back out on the field and have the opportunity to play almost a full season.”

“Our players did a very good job based on what we all went through during the winter months with Covid and shutdowns.”

The Astros went 22-9 at the 15u level, a team that produced the two CPBL All-Star Showcase representatives for the organization. Recent Niagara University commit, two-way player Matt Marsh, and right-hander Jullian Robertson.

Meanwhile, 16u right-hander Frank-Anthony Caietta and 17u first-baseman JP Tibbits were invitees to the tryouts.

It’s not an official tournament championship down South until you’ve belted out ‘Oh Canada.’ 🇨🇦🇨🇦#TeamOntarioFallTour pic.twitter.com/pPqbAPSFAv

During the year, the Astros had plenty of success south of the border. The Astros won two tournaments during the fall trip, the Past Time Fall National Championship in Indianapolis and Perfect Game’s 2023 Underclass South East Championship in Atlanta. 18 Astros players were named to PG’s all-tournament team with Frank-Anthony Caietta being named as the Most Valuable Pitcher.

Meanwhile, this past year, 22 members of the 2021 graduating class committed to schools, and currently, nine players from the 2022 and 2023 classes have commitments. The list includes Brendan Clarke to Saint Leo Florida, David King and Aaron McLeod-Smith to Ventura College, Noah Murciano to Coppin State, Will Jackson to Lewis Clarke CC, Evan MacFadden to Antelope Valley, Jax Nyberg to Sussex County, and Marsh to Niagara University.

A number of these commits will play with the 18u group in 2022; a club that Booth describes as having “a deep core with exceptional leadership.” Stating, “this past season we made some roster additions that have made our club stronger. In particular, we are excited about our leadership behind the plate. Our players come to practice every day working hard with a high compete level. This group of players really came together on our fall trip and we are excited to see their progression leading into the spring season.”

With a strong 15u club from 2021 transferring to the 16u level, Booth anticipates big things for that group as well. “Our 16u team is a strong group and we are excited at the future they bring to the program. We are expecting a great year from them; they come out and compete every day and had a very successful fall. The group is very close and that has shown with their success on the field.”

Finally, Booth noted, “Team Ontario Baseball would like to thank King City, Sport Aurora and the City of Aurora for their continued support of the program.”