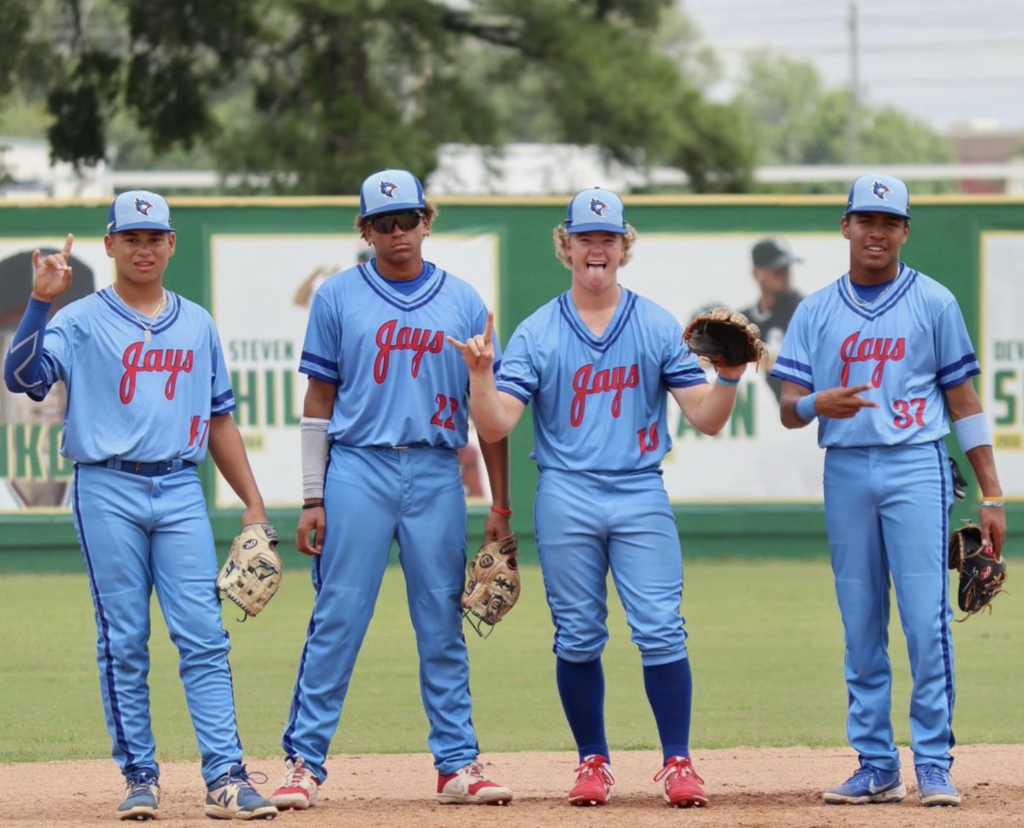 The Ontario Blue Jays look forward to a competitive CPBL season and a regular travel schedule in 2022 as they head into their seventh year in the league.

This past season, the Blue Jays pivoted, given the circumstances, offering “something outside the box from a developmental and exposure standpoint,” stated President and Director of Player Development Corey Eckstein.

The Blue Jays headed south during the early part of the summer, competing in Florida for five weeks, a trip that culminated with a tournament win. “We had an opportunity to play in some very high-level events with a lot of eyes which ultimately gained traction for some of our guys from a recruiting standpoint,” said Eckstein.

“We felt we went above and beyond from a media standpoint to ensure our program and players were being recognized for their efforts. We were able to capture a lot of game footage to put in our database and were also able to create a documentary series which sheds light into how we operate as an organization.”

In September, the Blue Jays also travelled south, capping off their season with a fall trip, which Eckstein described as a “staple inside the organization.” Stating, “it went off with no glitches and lots of players have gained initial interest from some of the schools we had an opportunity to play this fall.”

Missing the fun in the ☀️ pic.twitter.com/WAebseULfq

Looking ahead to 2022, Eckstein has high hopes for each of the organization’s teams, noting, “expectations will be high for all of our clubs in 2022. We have worked really hard as an organization to fill our rosters with players who we feel can represent OBJ at the highest of levels.”

“The coaches have done a really good job setting the standard and tone early on this off-season and we hope the work that our players continue to put forth will show this coming season.”

At the 14u level, led by Don Fell, Eckstein stated that the team “is a young and eager group who will be new to the CPBL scene…..Our goals for the 14U group is to ensure a positive experience for all while getting their feet wet to a higher level of baseball here in Ontario.”

“Our 15U club will be a very physical group who should have no problem putting runs on the board this year. Francis Cubos, our head coach, is excited about how deep he is at each position and expects his club to make a push deep into the playoffs this year.”

At 16u, Eckstein stated, “we will have two really competitive clubs this year who will both be deep on the mound and have a lot of power potential in the lineup.” Eckstein will be overseeing both clubs, with Lino Feijo and Stan Wilson tabbed as head coaches.

A look into off-season training for our position players! 😤🐦 pic.twitter.com/t0pkaqSlIx

With additions to the pitching staff and a core nucleus of bats, Eckstein said that the “17U team should be more competitive than they were at the 16u level before Covid hit.”

Eckstein described the 18u group, coached by Joe Ellison, as having “arguably one of the deepest pitching staffs OBJ has had in a while from a depth standpoint. This team has been together for quite some time now both in league play and south of the border. The expectations will be high to prove themselves once again at the 18U level.”

“It’s been nearly two years since we’ve had a true off-season and we are looking forward to seeing the gains our players make during the winter months. Furthermore, we look forward to a competitive CPBL season that will coincide with regular US travel during the summer months.”