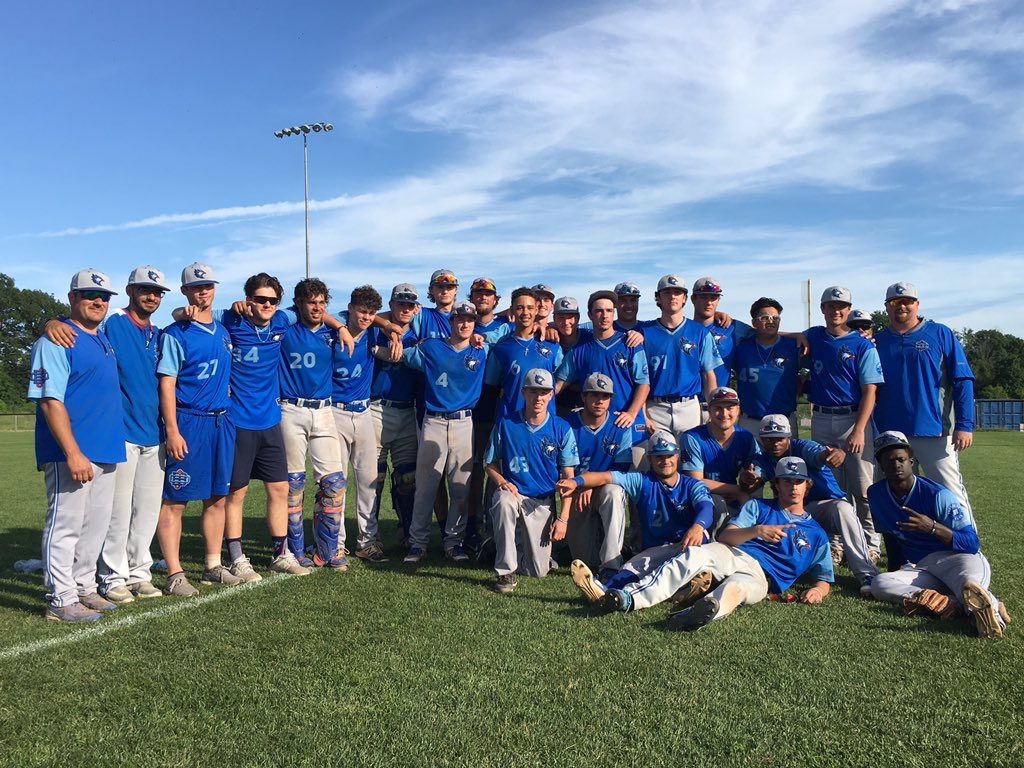 The Canadian Premier Baseball League has a new champion at the 18U level, with the Ontario Blue Jays coming out on top in the fourth season of the circuit to capture the trophy at the highest level.

After a slow start to the year, the Blue Jays surged through the end of the season. They won their final eight games of the CPBL regular season and tore through the playoff weekend, defeating the Ontario Astros, Great Lake Canadians and Toronto Mets to seal the championship victory.

“It’s always been a good group,” OBJ 18U manager Joe Ellison said. “They did well at 17U and moving ahead to us at 18U, they had a good fall. We started rough — I don’t think that’s a surprise to anybody — we were 2-8 to start off the year, but they bought into what we were preaching all year and by the end of it, they came out the team they were supposed to be at the beginning. Sometimes it just takes a little bit longer to get going.”

I couldn’t be more proud of these guys & how they’ve bought into what it means to be apart of the @OntarioBlueJays. Many have been apart of this for 5+ years & they deserve every bit of this! Love each & every one of you, you’re all the reason I do what I do! #OBJFam pic.twitter.com/erRLWmdfNK

The biggest factor in getting the team going — on its way to the league title — was the leadership it had and the way its players rallied around it.

“We have a lot of guys who have been in our program for five years, and some for even six years in the cases of Lukas Barry and Blake Buckle,” Ellison said. “It was guys like that who the team rallied around when we were struggling.

“Buckle had a team meeting and pulled everybody aside and got us going back in the right direction. That was one of the biggest parts of it, having those senior leadership guys to be able to say, ‘This is the way we do things, and this is not how it should be, and this is how it needs to be,’ and that’s how it got done.”

“I couldn’t be more happy,” the 18U OBJ manager said. “A lot of hard work goes into these teams, especially at the 18U level, and the 18U program has been something that we’ve really wanted to improve on the last couple of years.

“Finally to have it win a championship and get back to where it should be is really exciting for our program, and exciting for myself, the players, and the whole coaching staff.”

As the season continues south of the border for the Blue Jays this summer, the organization couldn’t be more excited about the competition and calibre of play the CPBL provided throughout the year at the 18U level.

“It’s huge for us,” Ellison said. “The addition of metal bats this year made it a little more exciting, definitely more of an offensive league this year. It challenged our pitchers and our position players to be much better and to take care of the baseball. 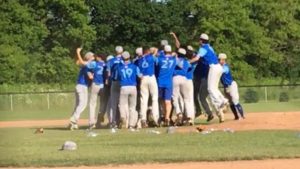 “For us, our next stop is to Flint, Michigan for the Connie Mack World Series qualifier, and to go in on a high note and in a really good spot as a team, I’m excited.”

Winning the league championship was the icing on the cake for a Blue Jays’ squad that showed a no-quit attitude all year long, and was truly an entire team effort come to fruition on Sunday.

“I go back to the leadership guys, the guys who have been around the block, who I really leaned on  to help right the ship with our 18U program,” Ellison said. “They did that, and I really couldn’t be any more proud of those guys and the team as a whole. Everybody contributed something throughout the year.

“Obviously when you get off to the start we did, the wheels could have come off really easily, but the guys pulled together and everybody played a role. Even though they might not have been in the championship game on Sunday, everyone did something this year to help us win and to get to where we were to give us that opportunity.”