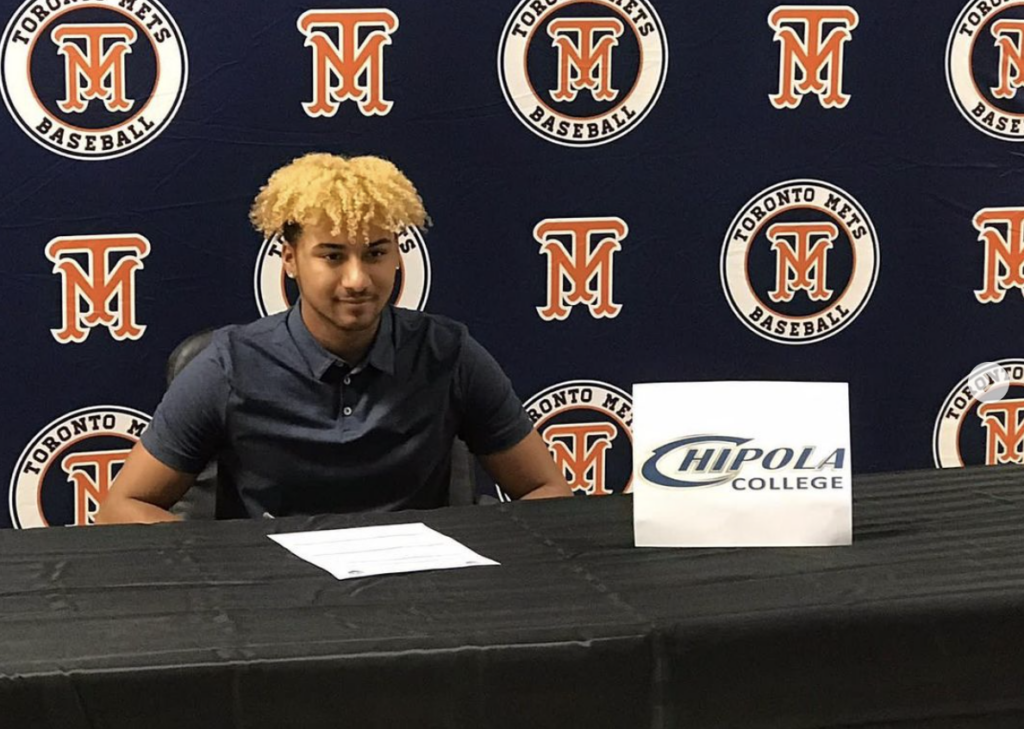 Brando Leroux, a 5-foot-7, 155-pound shortstop for the Toronto Mets, has established himself as one of the country’s top prospects heading into the spring.

The slick-fielding defender is coming off of a strong 2020 campaign, during which he committed to Chipola College. An opportunity that became possible in large part due to a former Toronto Blue Jays star.

Leroux caught the attention of Jose Bautista in Spring Training last March. After meeting and talking to Bautista during the Canadian Junior National Team trip, it became clear that Chipola was where Leroux wanted to go to school, and Bautista contacted the coach on his behalf to help make it happen.

“The main reason that I was attracted to Chipola College was Jose Bautista. During the Junior National Team tournament in Florida I was looking into different Junior Colleges to attend. I met Jose in Florida and he told me about his experience at Chipola College and how good of a school it was. I instantly knew that was the college I wanted to attend for next year,” said Leroux.

“I thought it was going to be an amazing opportunity to enhance my education and further my baseball career.”

Leroux became the latest member of a CPBL team to commit to Chipola College and the first since 2019 graduate Tyrell Schofield-Sam, who signed professionally with the Oakland Athletics.

In limited action this past season, Leroux played well in league games. He showed the ability to hit good pitching while continuing to display his advanced defensive abilities.

At the CPBL All-Star Showcase that took place at the end of September, Leroux did more of the same, going 4/8 with five walks. “My experience at CPBL was pretty good. I got to go to Dorchester and play three games to show and demonstrate my talent and why I should be there. I got to meet a lot of great ballplayers from different teams. Overall I think I did pretty well. I made a couple of nice plays in the infield, and I also hit pretty well,” said Leroux.

When asked how he would describe himself as a player, Leroux stated; “I am a very competitive individual, however, I am still a good team player. I am very focused on the field and give 100% every game. I am a switch hitter, very smooth on the infield, I can hit balls that are over 90MPH and I run the bases fast.”

“My goal for myself is to hopefully get drafted and to showcase my talent in the MLB,” said Leroux. “I am looking forward to growing as a person, and continuing to be the best version of myself and to push myself to achieve greatness.”

As the summer approaches, Leroux looks to pick up where he left off and position himself well ahead of the draft. Otherwise, he’ll head to Chipola College for the fall, an opportunity that came about thanks to a Canadian baseball icon.