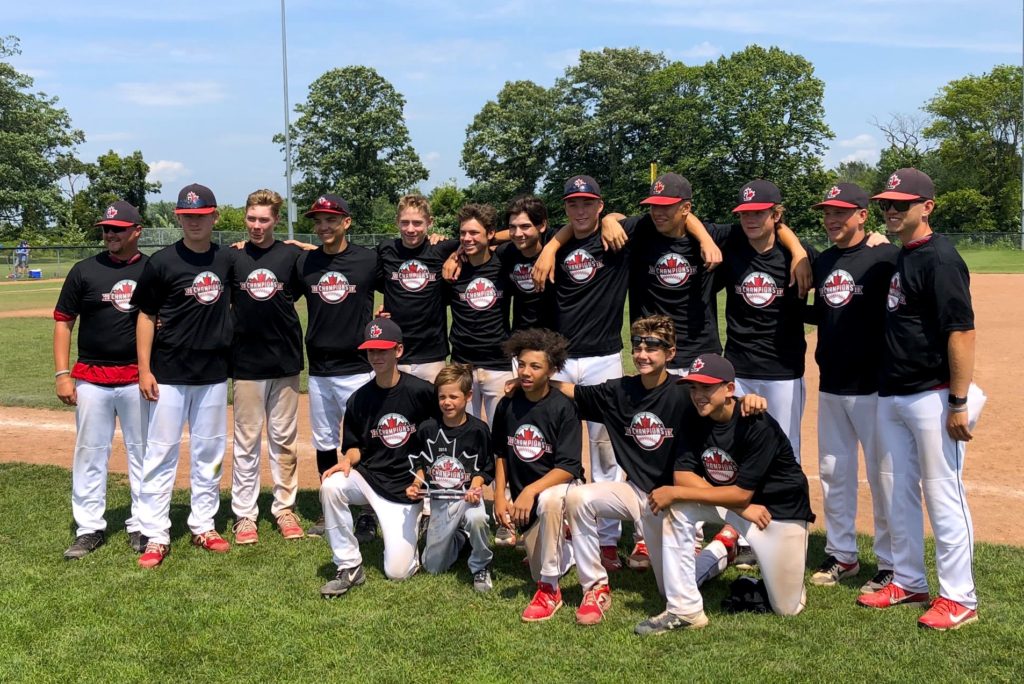 From the start of the season, Matt Bowden, the manager of the Great Lake Canadians 14U Black squad, believed that if his squad played to the best of its ability throughout the year, it could be poised to secure another championship at the youngest level of the Canadian Premier Baseball League.

“At the beginning of the year, I thought for sure we would be a good team, especially having a lot of guys who were returning at 14U within the program,” Bowden said. “Looking at our team from the start, I thought we would have the pitching to definitely get deep into tournaments and to keep us in a lot of games and that was definitely something that came through throughout the season for us.”

Great Lake’s 14U Black team performed on all sides of the ball during the year, helping the squad to the top of the regular season leaderboard before capturing the trophy to cap it off.

“Offensively, we improved throughout the year, put together a lot of good at-bats and really grinded out at-bats and were able to push runs across that way,” the Canadians manager said. “Defensively we were solid, made the plays that we needed to, and it allowed us to stay in games and eventually come out on top.”

In Great Lake’s first game of the 14U postseason, it took on the Ontario Nationals team, securing a victory before matching up against Team Ontario for its second win. For the Canadians’ third win of the playoff tournament and for the championship, they played the Fieldhouse Pirates in back-to-back games, beating them twice.

“In the semi-finals against Fieldhouse, Trevor Syer pitched probably one of the best 14U games I’ve seen in the last couple of years,” Bowden said. “He used three pitches and was able to mow down a good-hitting lineup. Our offence was steady throughout, a lot of good at-bats finding ways to cash runners when we had them in scoring position.

“In the last game against Fieldhouse again, it was a complete team effort. All 14 guys on the team found a way to get in and contribute. I was really impressed by Ashton Graff-Rowe at the top of our order. He’s always finding a way to set the tone and really kickstart our offence there for the guys in the middle to do some damage. The bottom of our order also grinded out good at-bats, finding ways to get on base to roll that lineup over to the top again.”

Sealing the deal in the last win of the season, the elation of Bowden’s team spread to its coaching staff and was enjoyable for all involved.

“It was awesome,” he said. “Throughout the year they experienced a lot of success and they hadn’t really been rewarded with the kind of championships they were looking for, so to come through at the end and see it come to fruition and finish out on top was awesome to see. The group really bonded well together and you could tell they wanted to win not only for themselves but for each other.”

Among the characteristics that most impressed the skipper of Great Lake’s 14U Black team, there were two things that really stood out as the season progressed.

“Our pitching was something that we definitely really leaned on,” Bowden said. “Our starters were really able to give us good innings, get deep into their starts and keep us in games that way. Whether our bats were on or they were struggling a little bit, we felt we could lean on our arms to keep us close and keep us in games.

“The other thing that at least toward the end of the year that started to show up a little bit was the hitters starting to play selfless baseball, finding ways to move runners over or cash runners when we needed them. They really bought into the team game and didn’t care as much about the individual accolades, which was nice to see.”

The championship at the 14U level was one of four trophies the Great Lake program secured among the five total CPBL championships, also winning at the 15U, 16U and 17U levels, with the Ontario Blue Jays coming out on top of the 18U division.

“It just cements that this is one of the top programs, not only for development but as a perennial program throughout the country and throughout the province that is here to compete, here to win,” Bowden said. “At the end of the day, those weekends where we had four of five championships really showed the strength that we have in our program.”