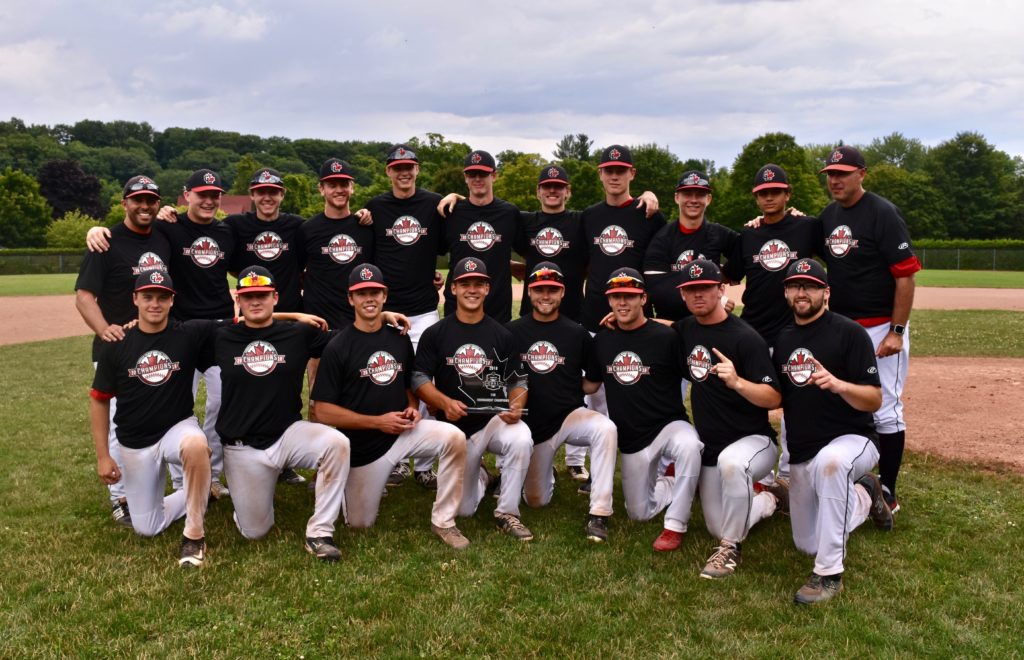 After setting a new standard for the most experienced players in the Great Lake Canadians program, with the first-ever tournament win on American soil at the 18U level, and beyond becoming regular-season champions and finishing the year atop the Canadian Premier Baseball League leaderboard, the 18U squad’s season culminated with a championship victory at the highest level of the circuit.

The Canadians cruised through the playoffs, with an early-round bye because of their position to finish the regular season, and won their way to a title, bringing the 18U trophy back to London after notching their final victory in Scarborough.

“We got a bye for leading the regular season, so we ended up playing the Toronto Mets in the first game,” GLC 18U manager Adam Stern said. “We thought they were probably one of the tougher offensive clubs that we would face, and it was a good game. They had us late, and then we clawed a few runs. They had a good pitching performance, so they were one of the tougher opponents for us, and they’d had our number early in the season.

“We won that game and then we played the Fieldhouse Pirates, and it was another good game and ended up being 1-0. It was well pitched on both sides, and that brought us through to the finals, where we would have to be beat twice [to ultimately lose the championship], and then Fieldhouse made their way through to the finals as well, so it was a good competition at the end.”

With the success the Great Lake squad had found throughout the entire summer, expectations were set at a high bar for the team as it headed into the post-season.

“I knew going into the season, and as a staff we knew, that we had a good group of guys out there that was built to win,” Stern said. “We had a [pitching] staff that was going to throw strikes, and we had a very well-mixed offensive group. So we had high expectations going in, and we knew that we had a lot of good baseball players on the team. But in the end, they had to go out there and perform, that’s the name of the game, and they did.”

With the successful season in the rearview mirror, and after many goodbyes were shared among the players heading off to an array of colleges for the fall, the team’s manager had an incredible sense of pride in his players and the year they put together.

“All along, this team has been a pleasure to coach,” Stern said. “These guys are a resilient group. They play well together, and whether it was pitching or offensive, but they picked each other up if one side wasn’t doing it. Really all year these guys competed. It is obviously a testament to them, the record they had – only losing seven games all year is not easy to do – and it speaks volumes to the quality of the kids on the field.”

Great Lake’s 18U championship followed CPBL title victories for the organization’s 14U Red and 15U Red teams, after seeing all of the program’s seven teams make it into the semi-final round of league playoffs, and five of them moving into the finals.

“It was an exciting weekend,” Stern said. “Obviously we were up in Toronto not getting to see everything happening [in the other playoff series], but we get to work with these kids during the off-season, and we get to see them during the year, so you see a culmination of a lot of hard work and dedication from the players’ standpoint and the coaches’ standpoint.

“We couldn’t be more proud of the group of players, and the teams that didn’t win it, they had their own successes. It’s a game that comes down to getting a big hit here or a big pitch there, but all seven teams performed at or above our expectations.”