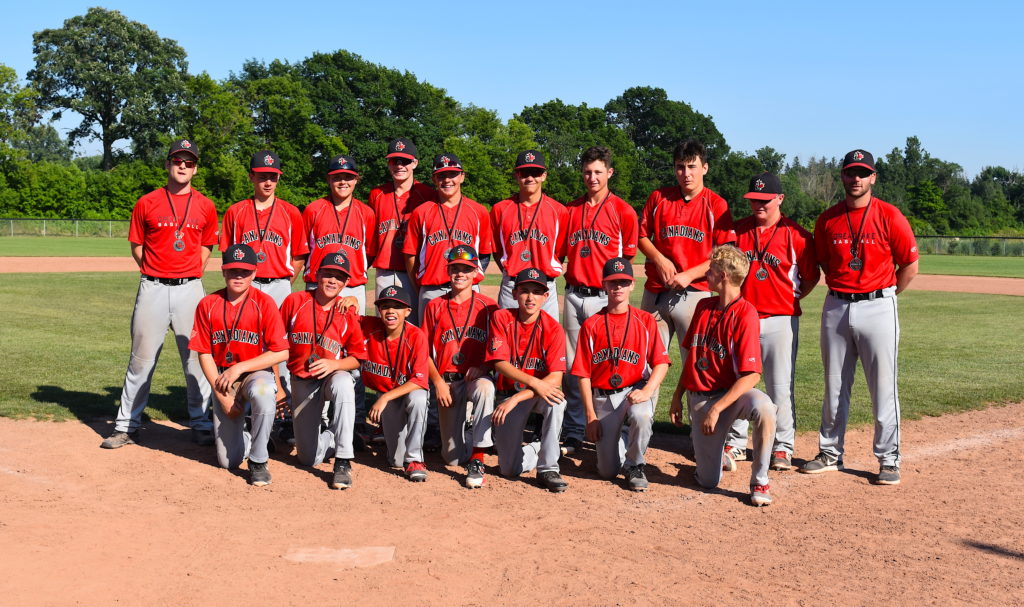 The Canadian Premier Baseball League’s regular season has come to an end, and the circuit now officially has regular-season champions at all of its levels, with one of the youngest squads in the league coming out on top of the youngest age group.

At the 14U level, the Great Lake Canadians Red team topped all others, finishing the season with an 18-3 record, more than three games ahead of the next-closest team in the standings. The squad was one that the program felt would find success right from the start, but the organization still wasn’t entirely sure of what it was capable of.

“Right from the start, we knew these kids could hit,” GLC 14U Red manager Brad McElroy said. “We didn’t know how they were going to pitch or how they were going to field but everybody with the Great Lake organization knew we had kids who could hit. But at the start, we weren’t really hitting that well, just because of timing and kids were nervous. We have a very quiet team, so a lot of guys were almost afraid to make mistakes, and afraid to swing at a fastball in a fastball count. They didn’t want to get out, so we had to get that out of their systems. 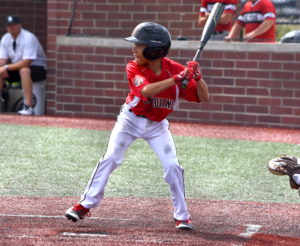 “We pitched really well at the start of the year and went with that, and then our bats came alive. The story of this team is that if we can play defence, we can win. The games we’ve lost, we’ve fallen off and made a lot of errors, so pitching and hitting has been huge for this team. And the pitching isn’t overpowering, we just don’t walk people. That’s been our philosophy – go after people, and if you get hit, who cares?”

Throughout the duration of the season, the thing that most impressed the team’s skipper was the squad’s demeanour, how they handled themselves on and off the field, and the attitude they took into every matchup.

“What I really like about this team is how quiet they are,” McElroy said. “I’ve never had a team this quiet. Guys don’t joke around much, and maybe that’s because of me, but they just go out there and play. It’s literally like work and they’re just getting the job done. It’s a quiet team that’s also really good, which I really like because they don’t tell me, they show me. They go out and play hard.”

Great Lake’s Red team finished atop a leaderboard with eight other teams, just ahead of the Ontario Blue Jays, who finished with a 15-7 record, and the Ontario Astros, who ended the season at 11-6. The Canadians’ Black squad finished in fourth, with a 13-10 regular-season record. 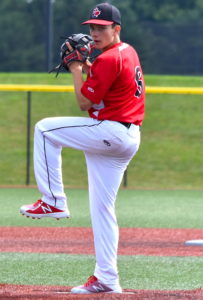 “The competition in the CPBL is the best it’s been,” McElroy said. “The first year we played in it, we were undefeated in the regular season, and last year our record wasn’t that good and we played against better teams, and this year teams are even better. There’s a lot of good competition.”

After winning nine of its last 10 regular-season games, the GLC Red team will look to keep the winning going into the post-season. Its manager believes there’s just one thing they need to do in order to find success in the league’s playoffs.

“Defence,” McElroy said. “Honestly, we just have to play our game and not mentally collapse in the field. If we can do what we’ve done, pitching-wise – throw strikes and attack the zone – and swing the bat like we can, I don’t think any team can beat us.”