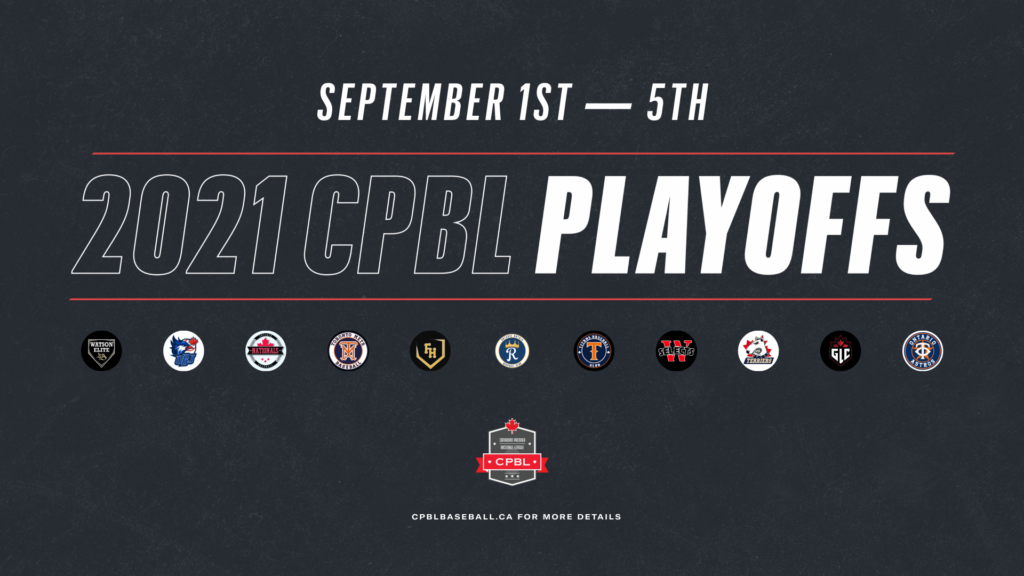 As the completion of the 2021 CPBL regular season nears, the official dates and locations have been finalized for the playoffs.

At the 14u level, from September 2nd through September 5th, the Championship Bracket will take place in St. Marys & Dorchester. Each club in the division will be slotted in the playoff bracket, partaking in a Round Robin style formatted playoffs.

The 16u age group’s Championship Bracket is slated to take place in Windsor for the division’s top eight teams. Meanwhile, the Silver Bracket will be hosted in Burlington and Mississauga for the bottom five clubs.

At the 17u level, the Championship Bracket will occur in Dorchester from September 1st to the 5th, with the Silver Bracket slated for the 3rd to 5th in Burlington and Mississauga.

With last year’s postseason not occurring, the anticipation builds for the first CPBL playoffs since 2019.

Check out the past CPBL winners at each division below: