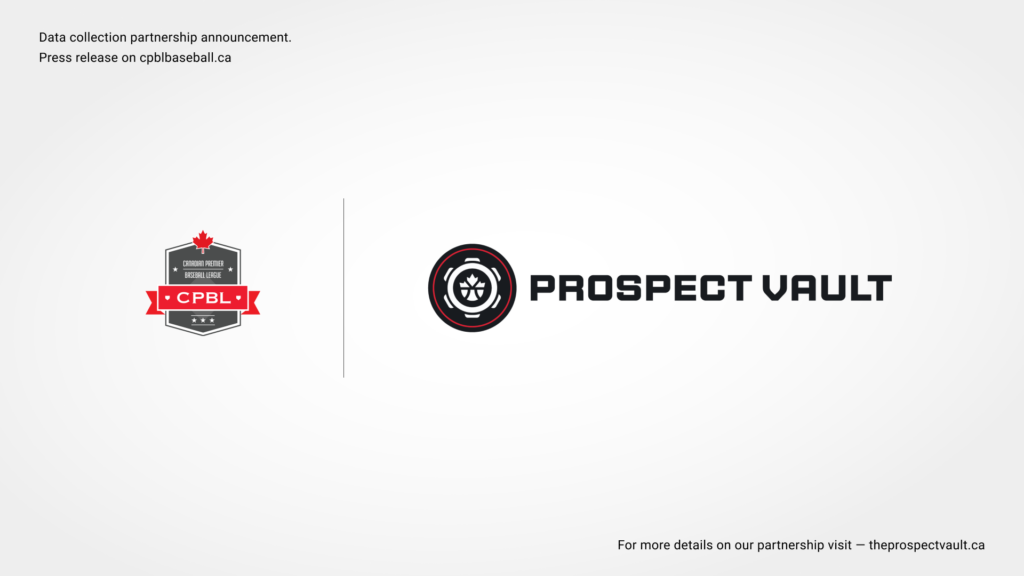 With the second installment of the CPBL All-Star Showcase set to take place in Dorchester from September 24th to the 26th, the tryouts are set for September 11th.

The tryouts are invitation-only and will be hand-picked by MLB scouts and league evaluators who have been attending games throughout the season.

Two teams worth of players will be selected post-tryouts as invitees to the 2nd annual CPBL All-Star Showcase.

Since the first All-Star Showcase took place, three attendees, Calvin Ziegler, Mitch Bratt and Adam Shoemaker, were selected in the MLB draft, with numerous others set to attend NCAA and NJCAA schools in the states.

The location of the tryouts is still being finalized as well as the start time.

The CPBL is pleased to announce a partnership with The Prospect Vault, set to begin on the day of the tryouts. The Vault will be used to collect data, video, and biological information to promote on its social media platforms and website.

The Vault will assist with promoting the leagues’ players while providing verifiable metrics and video for recruiters and scouts.

Be sure to familiarize yourself with TPV: https://www.theprospectvault.ca/index.php.