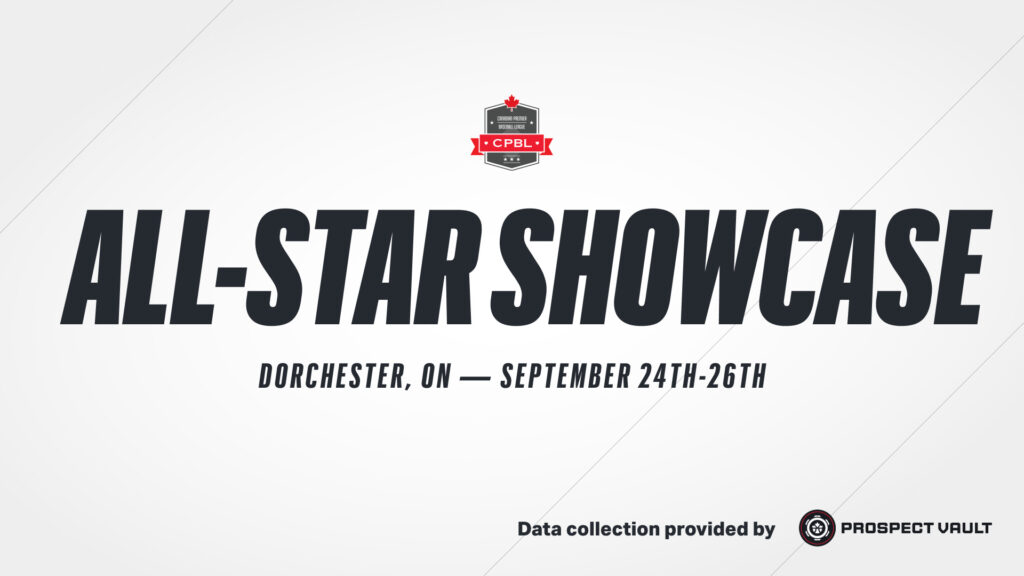 The second annual CPBL All-Star Showcase wrapped up yesterday after 22 innings of action-packed baseball and a memorable Home Run Derby.

Below are the highlights from the final day of the event.

Pare, an uncommitted 2023 grad, had two innings of work and pitched well. The right-hander worked up to 89, sitting in the mid-upper 80’s. The LaSalle, Ont. native had a 2.73 ERA with 51 strikeouts in 30.2 innings pitched during the season.

O’Rae, an Illinois commit, followed up a two-hit, two-steal day on Friday night with three walks, three steals, a two-run single, and a home run. The 2022 grad was the winner of the MVP award.

EV from the Vault: 90 pic.twitter.com/QRJ2Xy9nyD

Evans, a Nebraska commit capped off the weekend with a home run of his own. The left-handed hitting outfielder hit .355 on the season with three home runs. He ran a 6.75 60-yard dash with an 89 exit velocity at the tryouts.

EV from the Vault: 89 pic.twitter.com/ISFixELEoZ

Emara, a 2023 grad for the Titans, had solid performances both days of the event. On Friday, he picked up a hit in a pitching-dominant day, meanwhile, on Sunday he cashed in with a two-run single and a home run.

Ochoa, an uncommitted 2022 infielder, drove in a run with a single during Sunday’s contest, however, the highlight of his day was the Home Run Derby. It was a memorable performance in which he hit 28 home runs, including 19 in the finals.

The uncommitted 2022 put on a show, hitting 19 in the final round with only 5 outs to spare. pic.twitter.com/yAOhtJFyJ3

Groh, an uncommitted 2023 outfielder, went deep in the early innings of yesterday’s game. The 6-foot-4 left-handed hitter had five home runs during the season at the 16u level for Fieldhouse.

EV from the Vault: 86 pic.twitter.com/xlN5PhCoPk

Szabo, a recent Troy University commit, started the game yesterday and pitched well. During his two innings of work, he recorded many swings and misses, getting his fastball up to 93, sitting 90-92.

Hamilton, an uncommitted 2023 outfielder, picked up a pair of hits in the weekend’s finale. The Watson Elite product had an exit velocity of 86 at the tryouts a couple of weeks prior.