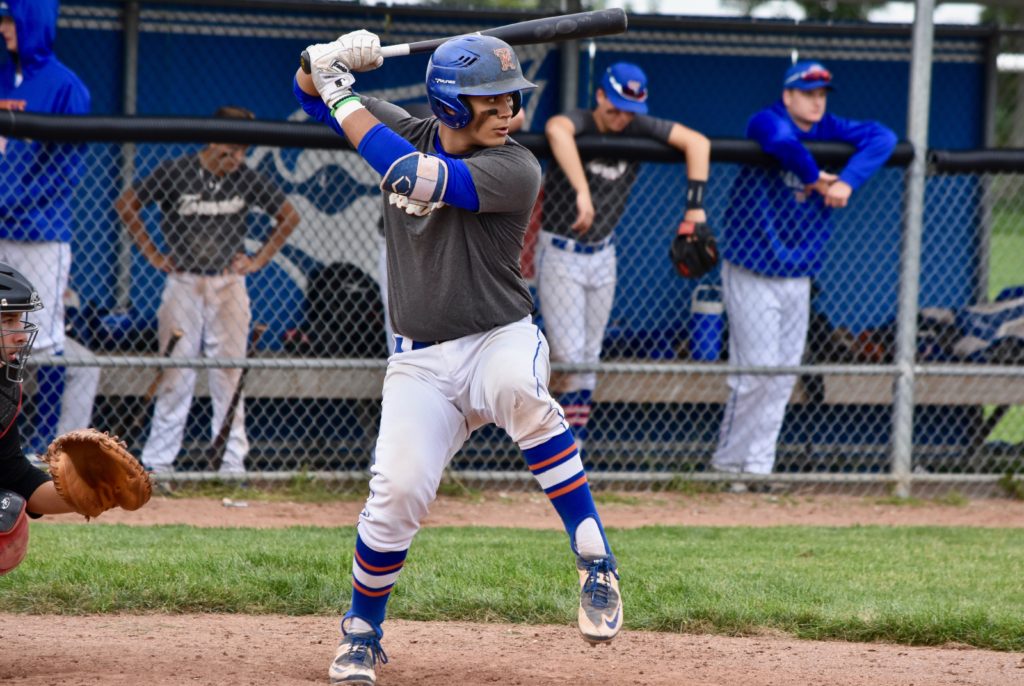 With many regular season games left to play at the younger levels, the Canadian Premier Baseball League is set to head into postseason play at the highest age group in the circuit, with 18U playoff games getting underway beginning on Friday.

Games on Friday are set to begin at both the Field of Dreams in Dorchester and at the Canadian Baseball Hall of Fame in St. Marys, with matchups continuing throughout the weekend in Dorchester and hosted by the Great Lake Canadians. Six teams will be represented at the 18U level, one from each of the Fieldhouse Pirates, Great Lake Canadians, Ontario Astros, Ontario Blue Jays, Ontario Nationals and Toronto Mets organizations. Playoffs will be played in a double-elimination format. 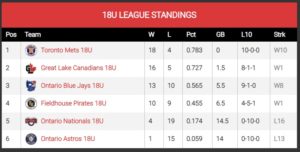 The regular season saw the Toronto Mets finish atop the 18U leaderboard with an 18-4 record and a late surge, with the Mets winning 10 straight games to finish the regular season and head into playoffs with some momentum. Last year’s regular season and playoff champion at the 18U level, the Great Lake Canadians, finished second in regular-season standings at 16-5 — one-and-a-half games out of first place — and were followed by the Ontario Blue Jays, at 13-10 and five-and-a-half games behind the leaders.

CPBL bylaws will be followed for all games, and each matchup will be seven innings in length. The higher seed in the league standings from the regular season will be the home team throughout the championship. Run rules remain in effect for the entire tournament. Each game has a two-and-a-half-hour time limit, and regular extra innings are permitted during that time. If there is still a tie game at that mark, the international tie breaker procedure will come into effect, and each team will start with the previous two batters on first and second base with none out.

Games will run ahead of schedule where and whenever possible. 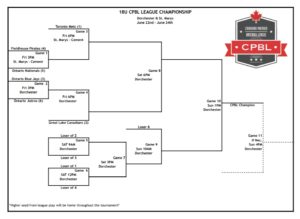