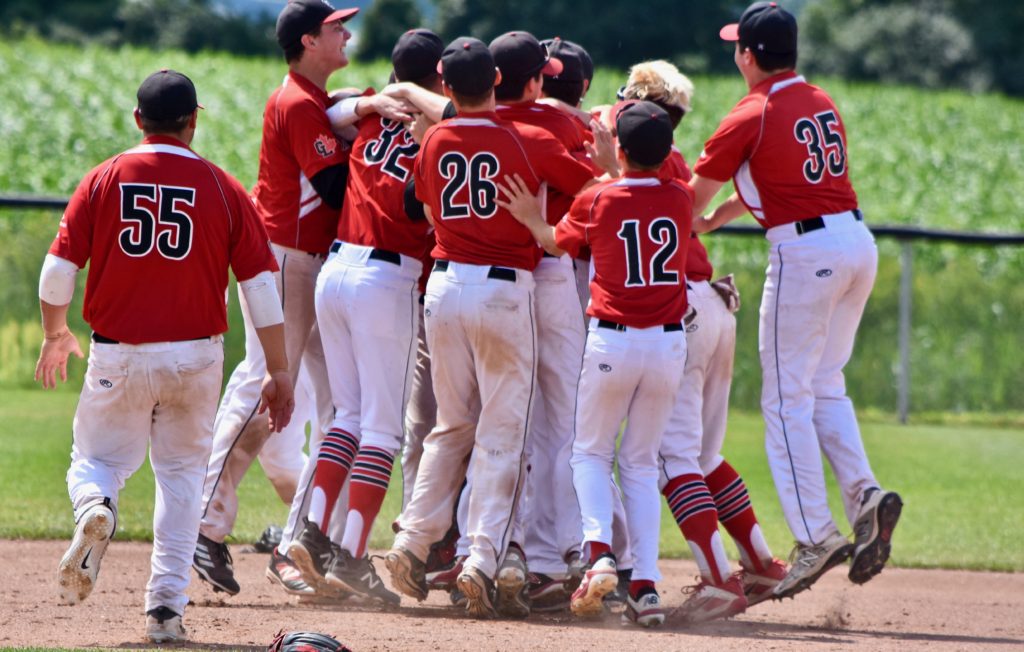 For the second straight Canadian Premier Baseball League season, the Great Lake Canadians secured the title at the 15U level, with the organization’s Red squad coming out on top in the championship in the circuit’s third year.

By the final day of the 15U championship tournament, only two teams remained, and with the pools down to just the GLC Red and Black teams, it was certain that the Canadians would hold on for back-to-back wins. After the Black squad breezed through the early part of the final weekend, Red had to beat its counterpart twice in order to take home the trophy.

“That was real tough,” GLC 15U Red manager Derek Bloomfield said. “Those kids are more physical than our team, as far as stature and strength, and they’ve got a few pieces on their team where it’s a threat with them every time. Riley Silva is the first one who comes to mind, and every time he comes to the plate, it’s a pressure situation for the opposition, and we felt that way. We felt that if we could keep him off the base paths, we could win a baseball game. It happened in two out of three games, and it’s unfortunate that he got hurt in the last game, but he did a great job up until that point.

“With our team, a few times in the year I had to give them a kick in the butt because there was no life on the bench, no energy, but they fought, they scratched and clawed when they needed to, and they showed well that way and over that last weekend, that’s for sure.”

Bloomfield’s squad finished the regular season just behind the GLC Black squad in the standings, finishing two games back and in second place. After battling through the regular season, the team brought everything it had to the playoffs to find success and hoist the CPBL trophy.

“This was a young team,” GLC’s 15U Red manager said. “I knew there would probably be some growing pains, and the season kind of went how I thought it would go – we would have to battle on the mound and we would have to battle basically every single game, and if our pitching and defence held up and kept teams to a minimum, we had a shot in every game because these kids could hit a little bit. I don’t know if I’ve ever seen a 15-year-old team like them when they go on a run or get on a roll, but they can bang the ball around with the best of them at that age.” 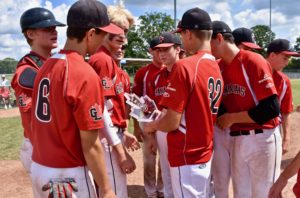 Incredibly excited at the outcome, Bloomfield and his team had a lot of fun throughout the playoff weekend, highlighted by a walk-off win against the Tri-City Giants in a tough battle early on.

“I’m super proud of the team,” the manager said. “I’ve won championships before at other levels, and I’ve seen some good things happen, but to have a big walk-off win against Tri-City and to see exciting moments like that, I’m pretty proud of these kids. Sometimes at that age, you don’t really know what you’re getting into, but I’m really proud of the kids.”

With an off-season of bragging rights on the line along with the CPBL championship trophy, the GLC Red squad was incredibly excited at the way the season ended, and Bloomfield couldn’t have been happier for them.

“It was absolutely exciting,” he said. “I try to preach that to the 15-year-olds – to act like you’ve been there before, but you don’t want to hold them down. They’re kids, and it’s part of the game and it’s about having fun. I’m not real big on the hooting and hollering against the opposition, and things like that, but be as professional as you can at 15, have a lot of fun with it, and run with it. And they did.”