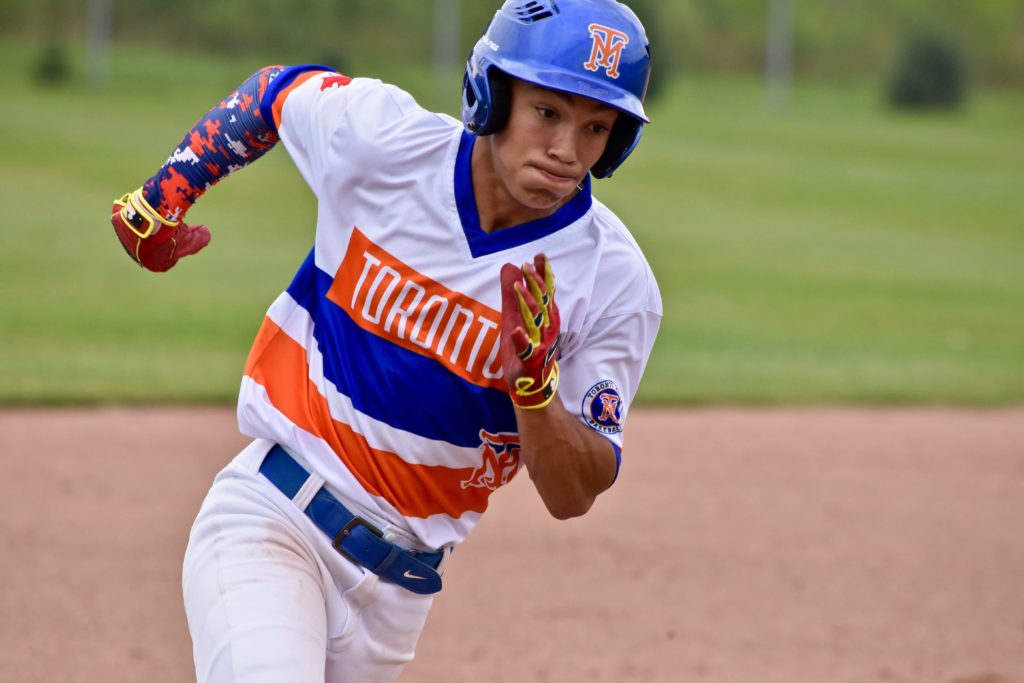 Following championships at the youngest and oldest levels of the Canadian Premier Baseball League, with the Ontario Blue Jays taking the 18U crown and the Great Lake Canadians Black 14U squad earning a trophy, the league will see its next winners crowned at the 15U, 16U and 17U levels at the end of this week and over the upcoming weekend.

The 17U event is set to begin on Thursday and run until Saturday, with Sunday to be utilized if a rain date is needed. All 17U games will take place between the Canadian Baseball Hall of Fame in St. Marys and the Field of Dreams in Dorchester. Six teams will face a double-elimination format to see who will leave champions of the 2019 season after the Ontario Blue Jays Travers squad finished atop the regular season leaderboard. 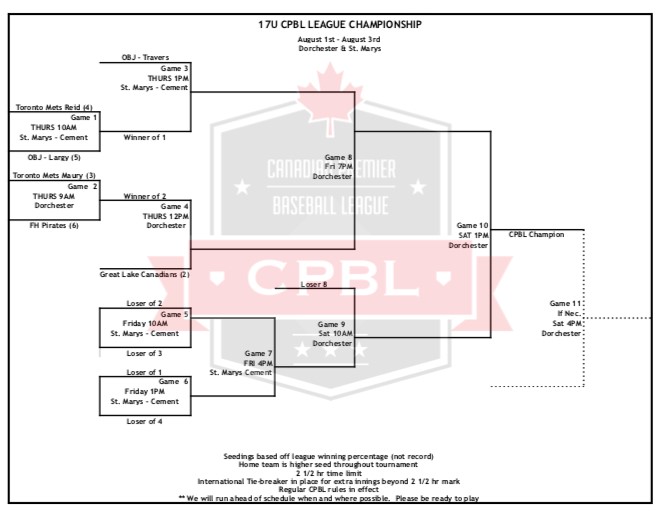 The league’s 16U postseason play will take place over the same set of days, between Rivergrove Park in Mississauga and Stuart Burnett Field in Aurora, hosted by the Ontario Astros and the Ontario Blue Jays. At the 16U level, eight teams will battle through the double-elimination format to find a champion, after the Great Lake Canadians finished atop the standings at the end of the regular season. 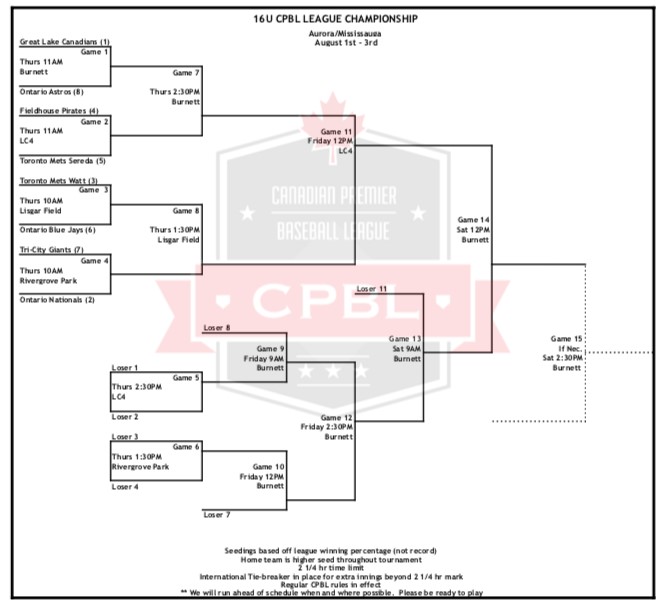 At the 15U level, playoffs will begin on Wednesday and run through to Friday, with Saturday as an alternate date if necessary because of weather. Games will also be played at the Canadian Baseball Hall of Fame as well as at the Field of Dreams, in addition to Citywide Sports Complex in London. The 15U champion will be crowned out of eight teams at the level, with the Great Lake Canadians Black squad coming out on top of the regular season standings. 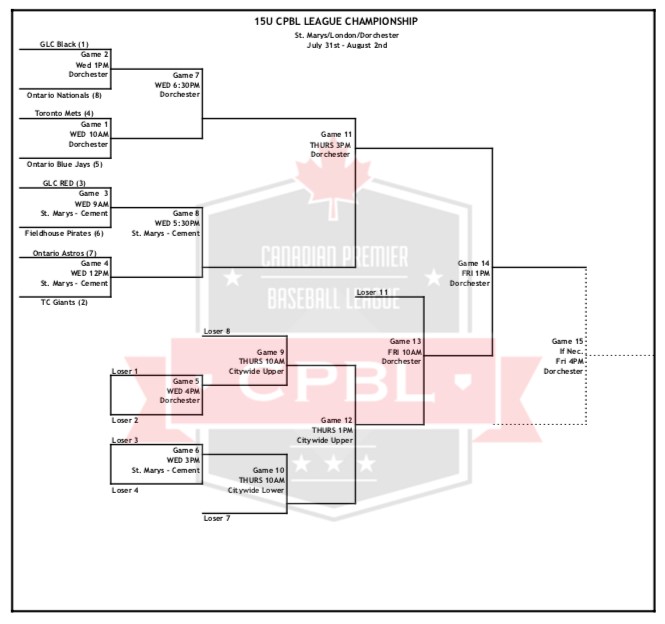 As a reminder, the CPBL bylaws will be followed for all games. Matchups will be seven innings in length, and limited to two-and-a-half hours, with extra innings permitted within the time limitations. The higher seeded squad in the league standings will be the home team throughout the playoffs. The run rule remains in effect for the entire tournament.

If a game is tied as time expires, the international tie-breaker rule will come into effect. Each team will start their half of the inning with the previous two batters from the inning prior on first and second base with none out.

Games will run ahead of schedule when and wherever possible, and we wish the best of luck to all players and teams participating in the upcoming event.